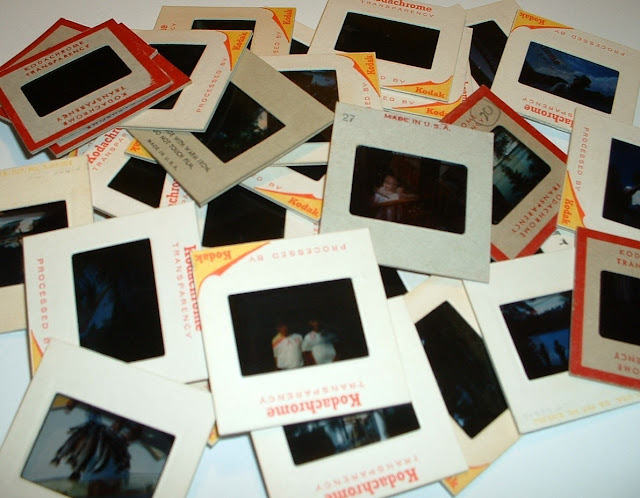 I've been thinking a lot about "Baader-Meinhof," the phenomenon that occurs "when a person, after having learned some (usually obscure) fact, word, phrase, or other item for the first time, encounters that item again, perhaps several times, shortly after having learned it." According to Wikibin, the process


was coined by a reader of the St. Paul Pioneer Press, Terry Mullen. The Minnesota newspaper runs a daily column called "Bulletin Board," for which readers, using pseudonyms (in this case it was "Gigetto on Lincoln"), submit humorous or interesting anecdotes. The term was coined when Mullen submitted a story around 1986, about how he first heard about the terrorist group known as the Baader-Meinhof Gang and then heard about it again a short while later from a different source.

Readers suddenly piled on with their own versions of the phenomenon, which quickly came to be known as the Baader-Meinhof phenomenon.

This happens with gestures we make, as well. If I grow a beard, I'm struck by the (seemingly) increased number of people I now see wearing beards. There are many theories accounting for this tendency, "including a popular one that cites its primary cause as being the recency effect, in which the human brain has a bias that lends increased prominence to new or recently acquired information."


The Baader-Meinhof phenomenon is a form of synchronicity. A Jungian explanation is that the person learns the new phrase as part of a collective consciousness, which is also active in others. The concepts which float to the surface of the collective consciousness manifest themselves in different people at about the same time, leading to this effect. However, this is not considered in the mainstream scientific community.

According to social scientist Brian Townsend, this "phenomenon" is a result of our limited perception of our surroundings. Take the concept of Schadenfreude, which is a German word for "taking joy in the misfortune of others." This concept is discussed periodically in mainstream media and other sources. If one does not know what it is, and has no intention of learning what it is, one may hear the term and easily forget about it, as it does not "fit" into the person's conceptions of reality. They may even rationalize that they heard a different word. However, once the person understands what the concept means, they will then notice it when the concept comes up in day-to-day life, whereas before, the person made few or no memories concerning the concept, as it was outside the realm of their understanding.

I'm interested in how we employ a variation on Baader-Meinhof in the ways we recollect the past. How often do we populate our narrative memories with versions of what we hoped happened, or wanted to have happened, or convinced ourselves did happen. I don't suggest that this is conscious. If my myth of the past, my myth of myself, requires that event, or sequence of events, "A" occurred, than I might recollect many versions of "A" in different tellings: event "B" now becomes "A," as does "C" and "D" and the first part of "E." In "A" I'm the hero—or the iconoclast, rebel, or weakling—and if those are qualities in myself that I prize, cultivate, or grimly accept, then I might see them dramatized in many ways in the far-off past, charged as I am with assembling my present. Do we tend to see a frequency of events in the past that may not have actually happened but "need to" have happened if we are to make sense of our present? Unlike Baader-Meinhof, this has less to do with our limited perception of our surroundings than with a kind of imagined or fictionalized perception of the past. No less limiting.

If our lives are as much stories about the past as the actual events of the past themselves, I wonder how often we re-purpose that past, shaping it into a series of similar events to create a story that coheres, that narrates with emotional logic and "believability" the life we live now, however happily, however unhappily. Shuffling the slide show, creating some new slides in the process.

“50 Vintage Slides in Cardboard Frames with Family Vacations, Parties Pictures, etc., 1960s to 1970s” via LoveTspVintage at Etsy.
Posted by Joe Bonomo at 11:41 AM

Email ThisBlogThis!Share to TwitterShare to FacebookShare to Pinterest
Labels: baader-meinhof, illusions, memory, the past