What’s left but a re-imagining?

I recently contributed to Essay Daily with a piece on Luc Sante's "My Lost City," one of my favorite essays about New York City. Alfred Kazin's perambulatory shadow was lurking about:


While I was re-reading and considering “My Lost City,” I happened upon Alfred Kazin’s gorgeous memoir A Walker In The City, first published in 1951. Kazin’s ecstatic reminiscences of growing up in Brownsville, Brooklyn, though a half century older than Sante’s, share with Sante’s a bittersweet tone and the rapture of novelistic, sensual detail. Kazin, too, catalogs a litany of urban memories only to see them ultimately slip through his fingers, lost to time, renewal, and personal widening perspective. Walking toward Highland Park one day in the early 1930s, Kazin experienced a leap of clarity:


I had made a discovery; I had stumbled on a connection between myself and the shape and color of time in the streets of New York. Though I knew that brownstones were old-fashioned and had read scornful references to them in novels, it was just the thick, solid way in which they gripped to themselves some texture of the city’s past that now fascinated me…. I had made a discovery: walking could take me back into the America of the nineteenth century.

But for the glow of the lyricism, this passage might’ve been written by Sante (who’s generally more circumspect with his gushing). Every generation, it seems, mourns the beauty of its surroundings, no matter how shabby or troubled, certain already of its vanishing to the next generation, which will continue the process of loss and discovery. Meanwhile, while recognizing with a twinge of pain our own, minor losses, we come closer to understanding the grand sweep of history and our small but essential place in it.

My interview with Sante here. More on Kazin here. 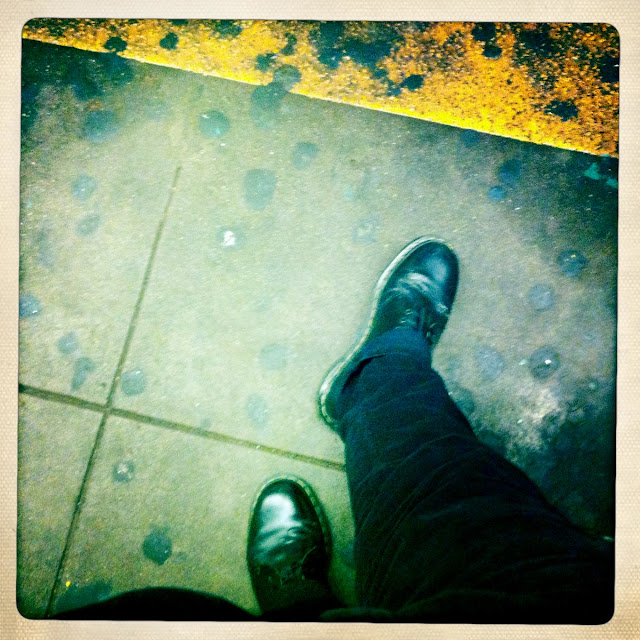