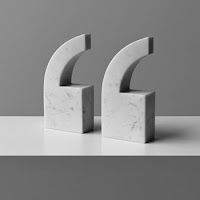 Several years ago in The Wall Street Journal novelist Lionel Shriver wondered about the vogue among some fiction writers of eliminating quotation marks around dialogue. Citing the work of Cormac McCarthy and others, Shriver worried about the strain this might put on readers already challenged by the difficulties of much contemporary fiction. She says: "To the degree that this device contributes to the broader popular perception that 'literature' is pretentious, faddish, vague, eventless, effortful, and suffocatingly interior, quotation marks may not be quite as tiny as they appear on the page." She concluded:


Surely most readers would happily forgo "elegance" for demarcation that makes it easier to figure out who's saying what when their eyelids are drooping during the last few pages before lights-out. The appearance of authorial self-involvement in much modern literary fiction puts off what might otherwise comprise a larger audience. By stifling the action of speech, by burying characters' verbal conflicts within a blurred, all-encompassing über-voice, the author does not seem to believe in action—and many readers are already frustrated with literary fiction's paucity of plot. When dialogue makes no sound, the only character who really gets to talk is the writer.

Shriver's argument is not terribly strong to me; I think that she underestimates the ability (and desire) of the average reader to navigate among rhetorical devices, as those devices might allow for the pleasures of engaging multi-dimensional reality. I've been thinking about quotation marks in nonfiction, especially autobiography. The dilemma occurs when you consider the time-and-date-stamp nature of quotation marks, the rhetorical and visual insistence that what was said was said precisely this way. This is worrisome, of course, since I can't remember what I said to Amy over coffee this morning, word-for-word; any attempt on my part to construct a scene of dialogue between us would involve inherent shaping, and this of a remembered activity that occurred no more than an hour ago! To the degree that I use dialogue in my essays, I use it sparingly; for one reason, I think I'm less interested generally in what people (including myself) say than in what they do and think. I tell my writing students that if you were to record a conversation between you and someone else, or surreptitiously of a couple behind you on the bus or next to you in the elevator, and went home and transcribed that conversation you'd likely be met with a surprising amount of uhms, ers, pregnant pauses, half-finished sentences and thoughts, not to mention the difficulty of translating essential body language. Many fiction and nonfiction writers are masters of dialogue: but in a sense they're painters with language, not realist documentary makers. Putting aside the nuisance of the disconnect between what I thought I said and what I thought you said, the real dilemma for autobiographical writers is what did I—or you, or she—truly say, that is, what words, in what order. Ultimately this doesn't matter in the day-to-day. Phrases like You know what I mean! and That's not it exactly, well, mean that we all get it: language is brutally lacking most of the time. Hence our drift toward fiction, in language and in film, where we can refinement and precision and elegant language (or lack thereof, but no less crafted) can be inserted into others heads and mouths. 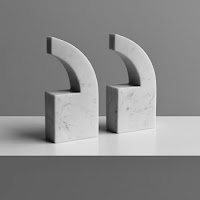 In autobiography, not so much. Among other writers, John Edgar Wideman (in Brothers and Keepers) and Nick Flynn (Another Bullshit Night In Suck City) eschew quotation marks around dialogue, and these days that seems among the more honest gestures that an autobiographical writer can make. Enough with the tailor-made memoir or essay that looks like fiction—fiction looks little like the real world, after all, which is why, in part, we flock to it. In my everyday—and yours—what's said drifts into the ether of memory nearly instantaneously, to be retrieved via the messy process of remembering, itself shaped by desire and hunger and self-abnegation and wish and willful mishearing. That messy stuff. I call for the end of quotation marks in autobiography. (You can quote me on that.)