A few of my favorite sirens

Sirens in rock and roll songs can be thrilling, propulsive, scary, and ominous. Sometimes all at once. A siren itself can be literally alarming, and figuratively, too, raising one's pulse and putting the night on edge, and on notice: there's danger out there, and three minutes might be just long enough to allow you to escape, or three minutes might be too short. Pull the switch, warning, head for the hills, RUN!

Here are a few of my favorite tunes that evoke the power of sirens.

Kris Dollimore's intense vaulting up and down his guitar neck in The Godfathers's great early single "This Damn Nation" sounded to me and my friends like a call to arms. We thought that the Godfathers were going to save rock and roll there for a while. (Alas.)


Mick Jones's lead in the Clash's streak through Eddy Grant's "Police On My Back" stirringly channels the anxiety and dread that a pursuing siren can create.


And speaking of paranoia, as an acid-addled John Lennon was plunking away on a keyboard at his house in Weybridge one afternoon in August of 1967, a passing police siren inspired the opening notes of a song that became his obscure, iconoclastic, nose-thumbing, and wounded "I Am The Walrus."

To my great disappointment, the fine folks at the Harry Fox Agency, Inc., UMG, and UMPG Publishing have blocked the video of Public Enemy's "Lost At Birth." The intense, convulsive opening salvo from Apocalypse 91...The Enemy Strikes Black (1991) is one of my all-time favorite siren jams.

Too bad. Stream it here. WARNING: If you've never heard it, listen in a controlled environment. 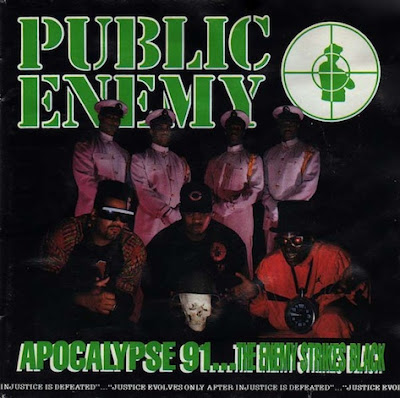 Meanwhile, here's a good Poplicks list of "TOP 10 SONGS I CAN'T LISTEN TO IN MY CAR BECAUSE THE SIREN OR ALARM NOISES TRICK ME INTO THINKING A COP IS PULLING ME OVER."

Email ThisBlogThis!Share to TwitterShare to FacebookShare to Pinterest
Labels: john lennon, public enemy, rock and roll, sirens, the beatless, the clash, the godfathers