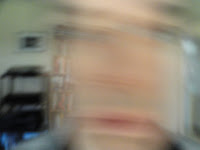 I thought that Terry Jacks was dying, that "Seasons In The Sun," playing endlessly on AM radio that year, was his goodbye letter to the world, that as he sung he knew that he was dying, that his body was shutting down, the melody and the words a gentle but tragic farewell to his family and his friends, their mammoth grief now shared with millions, none of this really explainable to me, neither by my older brothers nor by myself, how a song could exist on the radio that was so sad, so utterly sad, not sad in the way "The Night The Lights Went Out In Georgia" or "Daniel" was sad, or in the way that "The Theme from Love Story" was sad, the simple melody of which was everywhere for a while then, too, but throat-tightening sad, a song that as it played made me desperate to wordlessly turn to my brothers and sisters in the rec room or in the car and ask Why?, why is this happening, why is Casey Kasem playing this man's death song, how can something so sad be so public, and why are your friends laughing, none of these words available to me at the time but in the language that my cold chest spoke when the song came on WPGC and I again pictured Terry Jacks on his deathbed in a hospital, his weeping family around him, or—was he dead already? was the song I'm listening to a melody and a clenched apology for mortality issuing from the grave? and either way it was a desolate season for me, the start of something ineffable, the unhappy, unwanted blend of a sing-song melody and grief, popular radio on a sunny Saturday afternoon and half-thoughts of death and dying, all of it a blur of presentiment and incomprehension, and when the song disappeared, as all Top 40 songs will, I thought that Terry Jacks, whoever he was, wherever he was, went with it too, gone forever but for this wrenching goodbye trailing him, until years later when I learned that nah, Jacks is alive, somewhere up in Canada, he'd never died or been ill when he released the song, urban legend, it was a cover of some old French song anyway, and get this, the b-side of the single, you're not gonna believe it, was called "Put The Bone In"!—all the adolescent irony I'd need to erase, for a while, the season of sadness.
Posted by Joe Bonomo at 10:43 AM