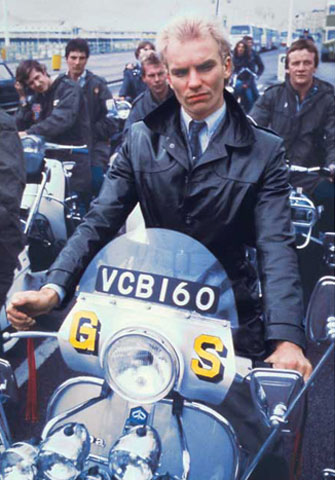 Sometime in the mid-1980s a few buddies and I went to see a midnight screening of Quadrophenia at the campus of University of Maryland, where I was a student. I hesitantly self-identified as a "Mod" back then, in the sense that I loved the source-brew of 1960s rhythm and blues and rock and roll that bands like the Who, the Kinks, the Small Faces, and the Creation drew from, and at the time I worshipfully listened to Secret Affair and the Jam (and the Style Council) and bought up as many Neo Mod 45s and compilations as I could find. I was sartorially challenged, however, my poorly pegged jeans, thrift shop suits and skinny ties mildly compensating for my lack of more genuine (and expensive) Mod gear like a parka and Ben Sherman shirts, let alone a Vespa. When my older brother returned from London one summer and presented me with a sky-blue-and-white polka-dot dress shirt that he bought at a trendy Carnaby Street boutique, I wore it with pride, enjoying at Poseurs the envy of Neal Augustine, the singer of D.C.-area Mod revival band Modest Proposal. In high school I wore Secret Affair and target buttons and put duct tape arrows on the back of my jean jacket. That was about the extent of my Mod style.

During the scene in Quadrophenia when we see Ace Face, played by Sting, stumbling around in his  job as a bellboy at a posh hotel, several in the theater crowd around me began yelling, "Sell out! Sell out!" I mumbled along with them, but felt stupid, adopting a pose in which I didn't believe; I didn't care if the Face needed to get a real job, to act like a grown-up. The pressure I felt to align myself with the crowd reminded me of when I was a kid and shouted a racial epithet at an Asian family on the street. I dared myself to keep up with M, who was older and cooler. The curse felt hollow in my chest and I felt like an idiot, an imposter, to what I couldn't name. I was red-faced and regretful. 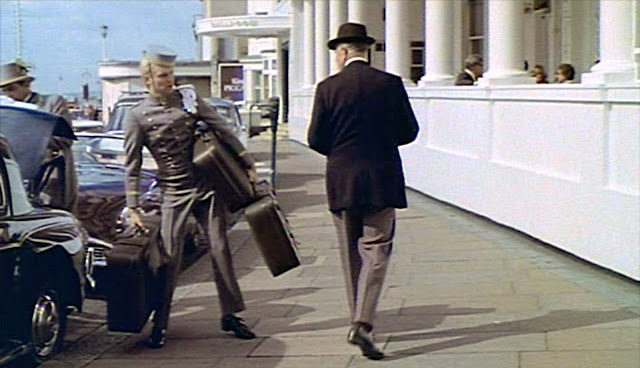 These memories came to mind as I was listening to Green Day's new album, ¡Uno!, which I like, which I think is rocking and fun and a great weekend record played LOUD. Among the online commentary in response to the album have been the predictable, and wholly dated, accusations that the band has sold out, is nothing close to the snotty anti-establishment punk group they used to be. (Hey, take a time travel trip back to Billie Joe's record collection in the late-80s.) Anyway, I say to myself, who cares? Green Day's playing rock and roll. For me, social and cultural identification stops there. I've written here about seeing harDCore shows in the 80s, and here of finding little connection to Hüsker Dü. My lukewarm embrace of Mod fashion aside, I've never been particularly interested in if a band stays within a circle of style and ethos. What rock and roll gives us at its most passionate and powerful is a lift that transcends category, that blows apart the tyranny of scenesters. The Fleshtones' garage rock, Public Enemy's hip hop, Fugazi's post-hardcore? Categories collapse in two-minute epochs: my racing heart says rock and roll to all of it. I expect some pushback here: "rock and roll" is a white term, a racist term, a sexist term. Tribal identifications are crucial ways of drawing lines. I don't mean to ignore genres and the often vibrant and urgent historical contexts in which they were by necessity forged—that's impossible even if I wanted to. What I mean is this: don't name it, groove it.

As I often do, I'll let William Hazlitt, this time from “On the Feeling of Immortality in Youth," have the last word, while I go put in earplugs and head to the club:


As infants smile and sleep, we are rocked in the cradle of our wayward fancies, and lulled into security by the roar of the universe around us—we quaff the cup of life with eager haste without draining it, instead of which it only overflows the more—objects press around us, filling the mind with their magnitude and with the throng of desires that wait upon them, so that we have no room for the thoughts of death.

And I might add, thoughts of cliques and categories.

This is one of the truest things I've ever read.