Stories and Why We Tell Them

In Jerry Lee Lewis: Lost and Found, I make much of an accidental intersection: the afternoon of the day day Lewis performed at the Star-Club, the Beatles were running around—chased around, more accurately—London streets and alleys filming the iconic opening scenes to A Hard Day's Night. One collective constellation rocketing upward, another solo star retreating with considerably fewer witnesses. I'm keen on such happy accidents that history provides, but as a writer I'm skeptical of them, resisting the urge to read more into randomness than there might be. As an autobiographical writer, this temptation to hear conversations among disparate moments has to be especially warded off, guarded against as wishful thinking. 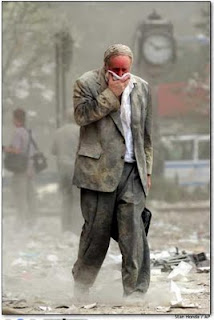 This is on my mind today, the eleventh anniversary of 9/11, when social media is flooded with remembrances. I will never forget. We must not forget. How could I forget. The majority of these noble, sincere statements are being made by those who observed the catastrophe in Manhattan, western Pennsylvania, and northern Virginia from afar, on TV and in magazines. Many, of course, are made by those who suffered much closer to Ground Zeroes, but the majority, statistics insist, are not. What are we remembering? The nightmare, or ourselves? I had a cousin, David, who was in a Tower and escaped before it fell. That's not my story, it's his. Though I find myself telling it. The day of the attack I was scheduled to teach Flannery O'Connor and Crimes and Misdemeanors in my literature and film classes, respectively, and I decided not to—too violent. That story doesn't matter, but I tell it.

The stories that really matter—the memories that we must listen to and not forget—aren't those who witnessed awful spectacle from afar, although those matter, too, as much as those of the nearly 3,000 who perished, and the encircled stories of their families and loved ones. Exponentially, the stories matter less as that circle widens. And yet we can't help but tell them, looking for intersections between ourselves afar and those who suffered, who vanished, in the center.
Posted by Joe Bonomo at 12:58 PM

I love the way you've phrased this. It is perfection. Even the way it rolls off my tongue when I say the words aloud is delicious: "And yet we can't help but tell them, looking for intersections between ourselves afar and those who suffered, who vanished, in the center."
~e