Although Ligget's beating is a part of my life (past, present, and future coexist in unconscious, says Freud) and although I've worried about it off and on for years, all I can say about it is that brutality happens easily. I learned almost nothing from beating up Ligget. 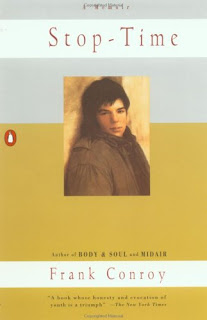 This anti-epiphany is a beaut, one of the more affecting attempts at rewriting, or ignoring, the past. A recap: Frank's a kid at a boarding school, getting off on eluding authority at every turn, but burdened (as much of the great Stop-Time is) with a kind of pre-sentiment that disillusionment and disappointment lurk around every corner. One day an awful event occurs: the boys gang up on a heavy kid named Ligget who may or may not have said something transgressive. After a "trial" the boys—Frank in step—line up and, one after the other, punch Ligget as hard as each can. Ligget ends up in the infirmary with broken bones. The essay, self-incriminatingly titled "Savages," ends with Conroy's weak Mea culpa, above. His big lie. Surely the knowledge accrued in essaying this terrible day, in circling the events and their motivations, however vague, is real knowledge, the kind that borders self-discovery. And what of the line, "All I can say about it is that brutality happens easily"? Isn't that an enormous lesson? (And Freud? Perhaps he has the last word.) That nameless, unjust fury can erupt, create scapegoats, create a community at the other end of the arm that's pointing at the unfairly accused? Sounds like Frank learned something.

A similar anti-epiphany occurs in Phylis Barber's "Oh Day Can You See," the fantastic opening chapter in How I Got Cultured: A Nevada Memoir (1992). Barber writes a fragmented mosaic of growing up near the Hoover Dam during the Cold War. Her father was off fighting in the Second War, and her memories of the hole his departure created mingle with remembrances of extended family visits, the Dam being constructed, dreams, ordinary domestic, adolescent days. And of a strange, foreboding cloud that rises ominously to the surface of the essay before Barber narratively shoos it away each time:


More than anything I remember the dam and that story about Grandma. But there was an atom bomb test too—a rip in the sky, a gash that showed the sky's insides for a minute. I remember thinking about my Band-Aid box. I never could have unwrapped enough Band-Aids even if I had pulled the red string exactly down the side crease without tearing into the flat side of the paper where the red letters are printed. After that minute passed, the sky's blood and the earth's dust made a big cloud, a busy one. It drifts over my mind sometimes. 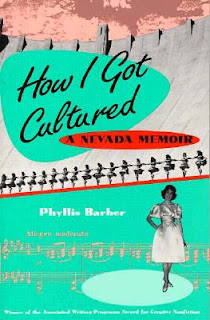 Later, remembering joyfully, innocently, rolling down Administration Hill with her father and sisters:


Rolling. Me rolling, repeating my face to the green grass. The cloud rolling, repeating itself to the open sky. And deep inside the busy cloud topped by the North Wind puffing in the wrong direction, a fire burned.... The cloud burned, scarring its belly, melting its insides with red and yellow while it rolled over and over in the same place.


After it mushroomed, the cloud started to break apart and dot the sky, and I thought of the time I climbed a leafless tree. Instead of watching where I was going, I talked to Rocky, my dog, who jumped and yelped at the bottom. Someone else had broken the twig that raked my cheek, that beaded the slash with red. A necklace of red pearls, almost. Dot dash dot. A design that stared at me in the mirror until it got better and faded away just like the cloud did.

Finally, at the essay's end, Barber shifts to the present tense after recalling having witnessed the atom bomb test with her family, her proud father beaming ("Nobody can get us now," he says to his family, to his country.) "I don't think about it much," Barber lies writes:


but sometimes when I punch my pillow for more fluff, ready to settle into sleep, the cloud mists into long red airy fingers over everything, reaching across the stark blue.

Look at the way that dreadful cloud keeps insisting on its present-tense place in the essay, the memory: a rip in the sky—no, my Band-Aid box—; The cloud rolling, repeating itself—no, rolling down the hill with my family—break apart and dot the sky—no, my random injury in the tree—long red airy fingers—no, no, fluffing my pillow....

"I drifts over my mind sometimes."
"I don't think about it much."
Indeed.

A memoirist cannot resort to invention, and so must locate her antagonists, rising action, climaxes, and denouements in the ordinary mess of everyday living. What matters? Why? How often we ignore our epiphanies, secure in an assumed posture that it didn't matter, really. But such anti-epiphanies make their way to the surf"ace of our thinking, anyway. (I learned almost nothing from beating up Ligget—note the begrudging "almost; I don't think about it much—the essay you wrote begs to differ.) An autobiographical essayist needs to be open to such moments, when our version of the past and its claim on our present is at odds with evidence. Usually, the narrative arc of a memoir, of a personal essay, can only conform to the conventional arc if we make it so. This isn't news; artists have been rightly skeptical of Freytag's arc for generations. Autobiographies chart themselves organically against supposed endings that messily begin other things, against climaxes losing their intensity and value over time, against discoveries that stubbornly fail to materialize. The shapes of Conroy's and Barber's thinking betrayed the authors. What interests me are the question marks lurking behind the insistence that something didn't (doesn't) matter when it certainly does, the deeper, as-yet-unheard urge to the page telling the real story, as it always does. 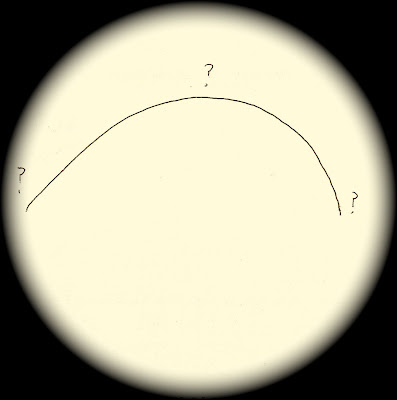