The Lincoln Highway and The Beats 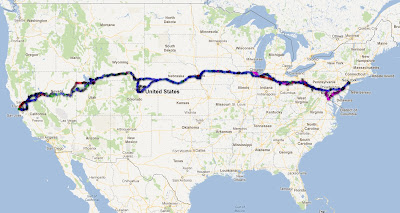 For many years, Amy and I lived on Lincoln Highway in DeKalb, across from campus. It took me a while before I learned the very interesting history of the road in front of my own house. DeKalb was the location of the initial seedling, concrete-bearing mile of the Midwest stretch of the Lincoln Highway, the first cross-country road in the country's history begun in 1913. Starting in Times Square and ending at the Golden Gate Bridge, the road snaked through unglamorous spots in between, many desolate, impassable stretches of mud and marsh that wrought havoc on the road's completion. But it was finished, and for a while the Lincoln Highway was the most famous road in America, many small towns across the country—DeKalb included—renaming their Main Streets after the project and spending considerable capital, political and otherwise, to beautify the road, attract motorists and tourists, and generally publicize the achievement.

Whenever I'd teach On The Road in a Novels or American Literature survey course, I'd wonder whether Kerouac et al didn't come roaring past my house on Lincoln Highway, still the principal route in the mid-and late-1940s between Chicago and points west, before the National Interstate and Defense Highways Act of 1956 created subsequent larger, more heavily-trafficked highways such as I-80. I contacted the Illinois Director of the Lincoln Highway Association, and, though she couldn't locate any specific references to Kerouac and the Lincoln Highway, she confirmed for me the Highway was the main road west of Chicago until the construction of I-80.  Planning and construction were initiated a short while after the 1956 highway bill; On the Road was published in 1957.

Now when I teach the novel I can point out the window of the classroom and say, There, picture them flying through DeKalb early in the morning on their way to Cedar Rapids, Omaha, Cheyenne.... I promise that I'll guard against further sentimentalizing a book about child-men who leave babies with furious mothers scattered around the nation and who glorified self-indulgence and general meanness in the name of liberation and yay-saying kicks—but I'll admit it's cool to imagine Sal gazing idly at my house as it whipped by in a blur, Neal behind the wheel leaning a beat-up car toward the West.

Among many good books about the Lincoln Highway are Brian Butko's Greetings From The Lincoln Highway: America's First Coast-To-Coast Road and Drake Hokansan's The Lincoln Highway: Main Street Across America, both informative, readable, and packed with fantastic photos. DeKalb itself has buffed its "seedling mile" credentials lately; there's a gazebo on the east side of town and murals on buildings celebrating the town's historic involvement in the highway. 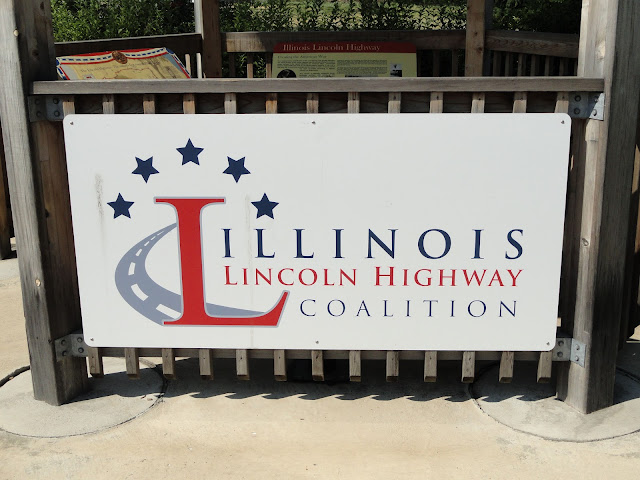 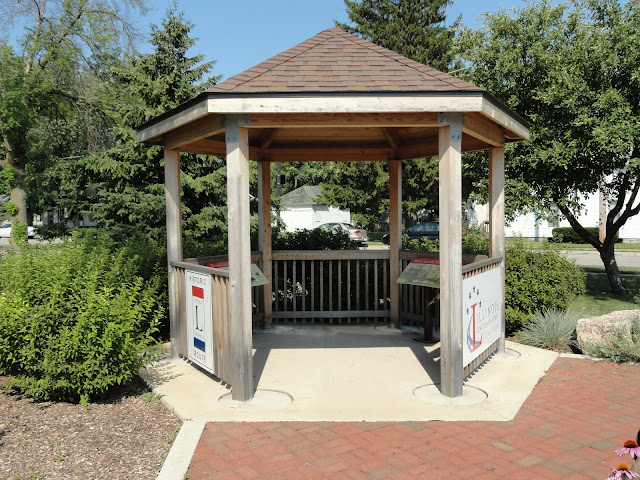 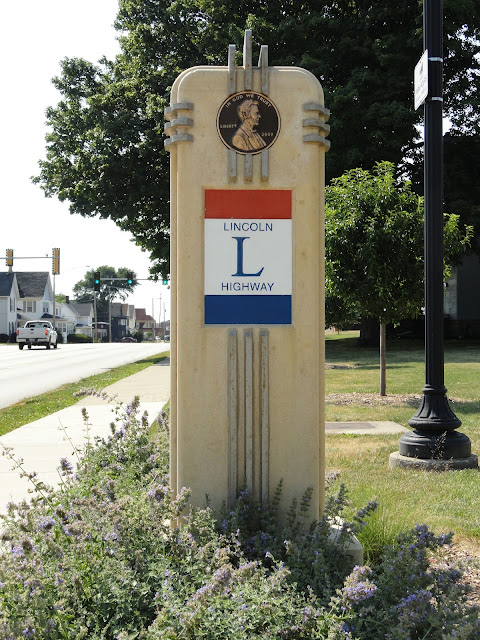 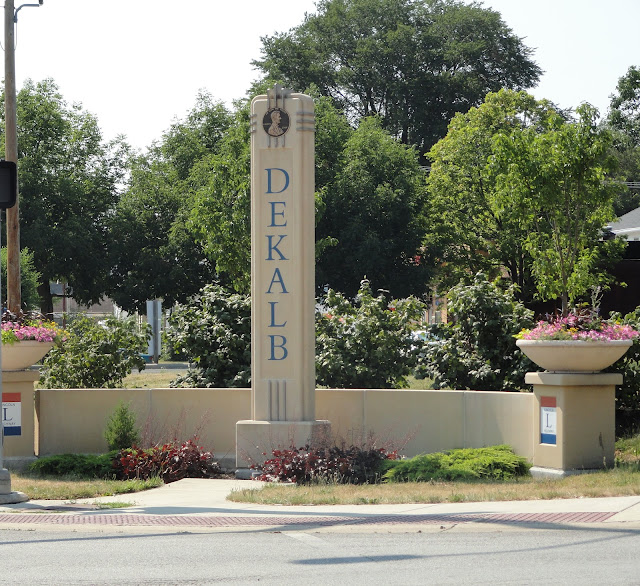 Recently I visited San Francisco's Lincoln Park to find the monument to the Western end of the Lincoln Highway. Impressive it isn't, but there's something in the diminutive size—not to mention the difficulty I had finding it—that feels appropriate to the Highway's diminished place in American history and culture. 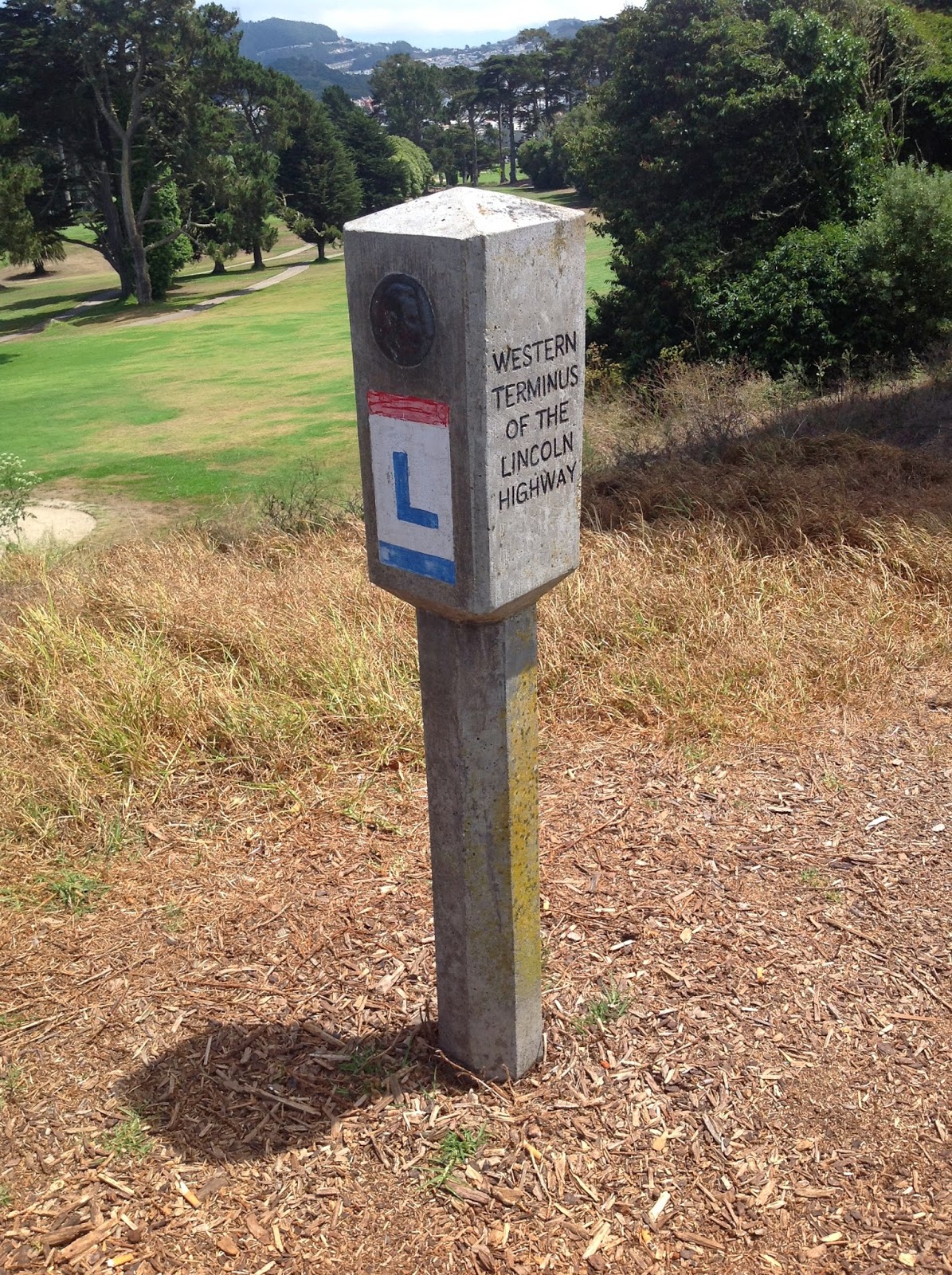 And here I am in front of Carolyn Cassady's house on Russell Street in San Francisco's North Beach area, roughly five miles east of the end of Lincoln Highway. Kerouac wrote parts of On The Road in the upstairs attic. 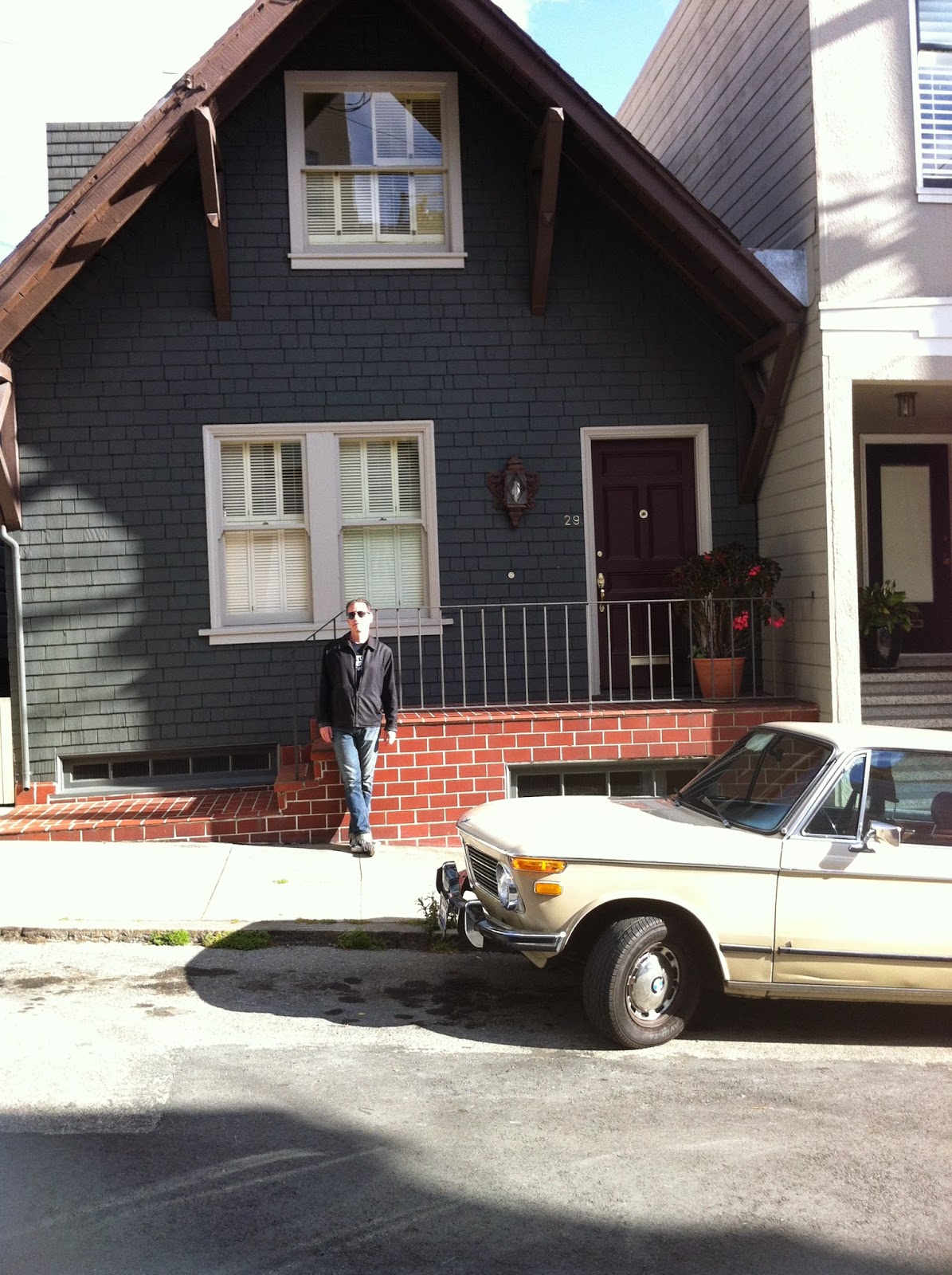 Out of the past and gone:

Nope, 66 was constructed after the LH, and went southwest, ending up in LA.

Joe,
my grandparents lived in DeKalb (Park Ave right off of LH; is the Cork and Bottle still there?) and I remember spending summers there.

At night with no air conditioning and windows propped open one could hear all the cars and trains going by, lots of activity for a "small town."

Nice, Bob, thanks for commenting. Cork and Bottle is long gone.