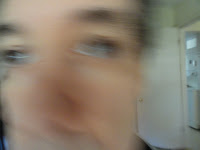 We had the idea to attach plastic drinking cups by string across our yards, bedroom to bedroom, to talk at all hours of the night, thin voices skimming across pitch-black back yards on twine, private conversations allowing us to be virtually (before that word) alongside each other in playdom from the comfort and security of boy bedrooms—and I don't remember if we went through with it all, but now what matters, and this might be pathetic, is how I imagine it might have been, the furtive talks, the imagined face in the other bedroom, the secrecy and power afforded two eight-year olds to talk in private above everyone's heads, so what matters isn't what we did, but how it could've been, what it might have been like and, for an adult who loves the imaginative life a little too much, who worries about its slipping currency in his world, this is all that matters, because after all everything's better in the imagination of an eight-year old, before grown-ups and failure and lack of nerve remind him of the stubborn stuff on the other side of that bedroom door, and now looking strangely at the iPhone and iPad on my desk I think of that kid and the other one, K, who dreamed up their own network above bland suburban yards, not wireless, not yet, but connectivity in all the quaintness of that century, and its promises to two kids who didn't have the dare to string up twine up after all, and so that's where it all lives, back there, where it never happened.
Posted by Joe Bonomo at 10:30 AM