Between Event and Story 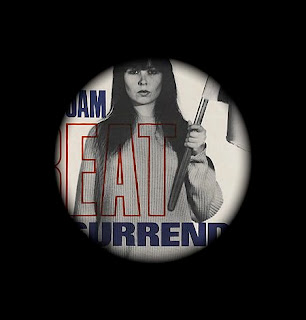 An indelible memory from the early 1980s: my friend Bucky holding, and holding forth about, a copy of the Jam's "Beat Surrender" EP, informing me and a friend that the great English band had just broken up. Except, and hold the presses, a few years ago Bucky told me this: "I never owned that record. I did borrow it, but from someone who went to Rockville High School. I can't think of a reason why I'd bring it into school." Except, of course, that he did bring it to school, as I've retold the story to myself. The fallibility of memory gets a lot of play among writers of nonfiction; it's a trope of conversation that many feel is played out. I can't join that group. Virtually every day I'm amazed at my capacity to shape memories, floored anew by the implications this has for autobiographical writing, and for living. Everything matters at that seam between event and its story. I didn't see Bucky again for nearly thirty years, and I'd carried that relatively insignificant image of him holding the Jam EP all the while. That memory created a certain Bucky in my imagination, a version that impacted how I thought about him, when I did, and how I'd treat him when I saw him next. The fact of whether he did or did not do what I remembered is entirely irrelevant to the story of him that I'd told myself. Learning that he likely didn't own that record didn't affect his capacity and influence as a character ("Bucky"): if we learned that The Scream was painted not by Edvard Munch but by an unknown artist whose work Munch stole and called his own, would that affect our visceral psychological and emotional responses to the painting? Perhaps on an intellectual level, on the level of taxonomy or scholarship, but our dreams, nightmares, and memories of that painting and of its wake, its residue, would be untempered. The ripples spread wide, beyond personal essaying: any biographer, any journalist, any writer charged with turning away from the autobiographical "I" toward a verifiable fact-based account of an event or another's life must reckon with the stubborn, beautiful truth that memories shape the very nature of an incident the moment that incident occurs, and infinitely. Once an event happens, it's sung differently by its witnesses every time, usually in the same key, sometimes not, sometimes faithfully, respectful to its first version, sometimes wildly extemporized, holding on to a root but stretching, bursting its seams. Never will we hear it the same way twice. I might have created my memory of Bucky, and if that's so that says more about me than it does about verifiable reality. This stuff matters.
Posted by Joe Bonomo at 9:13 AM

memory is a completely imperfect thing, and in my opinion is important only inasmuch as it colors the broader spectrum of impression. you cannot rely on it as a kind of accurate document, but rather as something that muddles up facts with feeling and emotion. that's what makes it so glorious. any stat sheet will give you a fact, but memory paints a truer, more meaningful picture. the act of living is not composed of a string of 'accurate' details.

it's interesting. somewhat recently i re-established contact with my high school girlfriend. i had been thinking of her for years, replaying movies of the things we had done, etc. i started to rehash to her all of these things that we had done, things that seemed indelible. she couldn't remember even half of what i went on about. she remembered feelings, and impressions, but was shockingly hazy on the facts. i took this as an insult!

there is a chance that i was carrying that record, but in my estimation that chance is remote at best. i didn't own it-- i borrowed if from someone at another school. i was very careful with other people's albums, so i would not have brought it to GC to lend to anyone else, etc. I probably was the one to tell you that the jam broke up, and i had pretty much every other record of theirs... it's funny. but this simple fact (?) should not diminish your memory in the slightest. memory is all color and impression, and i think when you think of this incident, you pretty much have my character on the mark.

i remember you saying that you hated 'bricks and mortar' from the first record. who knows if that's true or not.