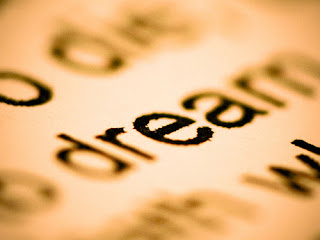 An essay, a dream: in each, it’s not necessary to maintain forward momentum. Thinking essayistically: interrupting the flow, allowing in tangents, making u-turns.

Or: an essay moves forward by moving sideways.


Among the reoccurring dreams I have is seeing a band play at a club. Invariably, in the dream—which is narrative, not surreal, it feels like the world I wake to, see out the window—the band never gets past the first song. They stop playing of their own accord, or because something distracting happens in the crowd or outside the venue. Eventually, the band members leave the stage and, sometimes carrying their guitars, sometimes not, become part of a different story, usually involving me. The crowd looks on, puzzled. I'm aware of the disconnect: a loud venue now filling with the murmurs of a crowd of confused and annoyed people—what happened to the show?—as the band members and I enact some side story. Eventually the crowd disperses, stagehands pack up the band's onstage gear, the show's over after one song. We never do get back.

"Writing is not, as I first supposed, been a remembering of a concluded period in my life, but merely a constant pretense at remembering, in the form of sentences that only lay claim to detachment." Peter Handke

"The person who interrupts instead of unquestioningly accepting and categorizing is slapped with the charge of intellectualizing as with a yellow star; his misled and decadent intelligence is said to subtilize and project meaning where there is nothing to interpret. Technician or dreamer, those are the alternatives." T.W. Adorno

"...memoir is an assaying of ideas, images, and feelings. It is, in its best sense, an impulsive exploration. It is not storytelling. It is not moralizing. It is not knowing, learning, nor even theorizing. Etymologically at the core of every memoir are anxiety and wonder and doubt." John D'Agata


"We build the corral as we reinvent the horse." Stephen Dunn

Later in the dream I'm looking for that place on the wall where you push gently and the hidden room is revealed. When I wake I think that the best word in any essay is "but."
Posted by Joe Bonomo at 5:14 PM

Stimulating, as always. I affirm discovery and reflection, but think essaying IS storytelling, ultimately, whether of the surface situation or the growth in meaning and understanding. That's pretty generous and broad, I think. But if an essay does not feel like it is going someplace somehow, I think a lot of readers will give up.

Thanks, Richard. I agree. I like to think of essays as the shape of thinking on the page, when really it's shaped thinking, a crucial difference.