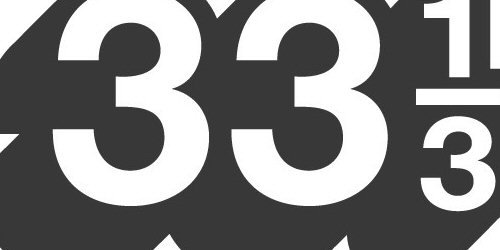 From Series editor David Barker: "Bloomsbury is thrilled to announce a call for new proposals for the acclaimed 33 1/3 book series, previously published by Continuum. (Bloomsbury acquired Continuum in July 2011).

The series—each volume of which focuses on one popular music album of the last several decades—started in September 2003 and has published 85 titles to date. Books in the series so far have taken a wide range of approaches, on subjects ranging from albums by the Kinks to James Brown, from Bob Dylan to Prince, from the Pixies to Public Enemy, and from the Beastie Boys to Celine Dion.

In these new proposals, we’ll be looking for original research, for stories in the history of popular music (recent or otherwise) that haven’t been told too often (if at all), and for perspectives that will broaden and develop the discipline of writing about music, as read by a global readership of music scholars and fans.

Proposals will be considered for books about any album that hasn’t already been covered in the series, or isn’t already under contract. (The Wikipedia page on the series can help with this.) Your choice of album is precisely that: yours. Titles in the series typically sell 4-5,000 copies or more: if you’re convinced that enough readers around the world would rush out to buy your book, then go ahead and persuade us!

Email ThisBlogThis!Share to TwitterShare to FacebookShare to Pinterest
Labels: 33 1/3 series