The Bell House in Brooklyn hosted four days and nights of boozy, wiggy, wild rawk and roll, and I was thrilled to be in the middle of it all.  The occasion was the 25th Anniversary of venerable Norton Records, husband-and-wife Billy Miller's and Miriam Linna's Brooklyn-based record label nobly devoted to unearthing, issuing, and extolling decades worth of obscure rock and roll, rockabilly, and R&B in its primal state: simple, fun, funny, and raucous.

I flew into LaGuardia on Friday morning, regrettably missing Black Lips, Phantom Surfers, 5,6,7,8's, Dexter Romweber, and others on opening night. When I arrived at the Bell House in the late afternoon, rendezvousing with Ken of the Fleshtones and his girlfriend Vibeke of the Twistaroos, I was struck by the homey ambiance of the place.  Billy and Miriam chose well, the venue's front room decked out like a vintage rec room, with Christmas tree lights and candles and lots of comfortable couches and chairs, a long bar flanking one wall.  Norton merch—a sizable catalog of LPs, 7-inches, and CDs, and also books and comics and t-shirts and posters (and Nick Tosches' perfume, which I finally snagged)—was hawked in the middle corridor, which opened through two sets of swinging doors to the main room with a large stage, and two more bars.  The Bell House operates from a converted warehouse—the grimy five-block walk to my hotel located many more warehouses and loft spaces ripe for re-dos—and the owners have maximized their use of the space: a lot goes on at the Bell House, but it never feels crowded or cramped.  The weekend was a nightly 7 to 3 am roar of basic rock and roll and celebratory good vibes.  I ran into many old friends—a few of whom I'd only known virtually—and met a handful of great people for the first time (including one of the festival MCs Tom Kenny, aka the voice of SpongeBob SquarePants, who, it turns out, is a longtime fan of the Fleshtones and who read and dug Sweat).  There was good local grub served outside from a cart and good local beer served inside.

I didn't need to move into the main ballroom to witness two great shows: Andy Shernoff and Greg Cartwright each played solo in the front room, Shernoff twice.  Cartwright was his usual intense, moody, bracingly melodic self, a dark porkpie hat atop his head, his eyes-behind-shades turned down at his guitar for every song, as if he was really singing to the instrument and the link that it is among his head, heart, and the tortured world.  He barely spoke between numbers—he barely broke his cross-legged sitting position, for that matter—letting his desperate romantic tunes voice everything that needed to be said.  I'd fly a thousand miles for this man's chord changes.  I'm a fan.

I hadn't seen Andy Shernoff's acoustic gigs—for a while now he's been a Wednesday-night regular at Lakeside Lounge in the East Village where he debuts new songs and plays rearranged versions of old Dictators (and a couple Master Plan) tunes.  Surprisingly, Shernoff's tailor-made for the "folk singer" gig, as he waggishly dubs it, his tall frame commanding and his stories fantastic: the man has nearly forty years of New York borough rock and roll history to draw from, and his reminiscences of his old band's bumps along the Punk Rock Road and of friends along the way, most notably, and sadly, Joey Ramone and his spirit and demise, are funny, touching, and delivered as part Jewish standup/part hardened punk traveller.  He was accompanied by the harp-playing frontman of Brooklyn's Daddy Long Legs (who also played at the festival) and Tricia Scotti, whose sweet-voice and subtle percussion warmed the songs.  These gigs allow Shernoff to showcase his songs' melodies that were sometimes hidden beneath his band's bluster.  Musical history lessons, great stuff. And funny, too.

A few highlights among many: Cartwright's Reigning Sound were fantastic, stomping and passionate and soulful as always.  Jackie and the Cedrics were showmen of the highest order, sharp-besuited Japanese purveyors of surf.  The Randy Fuller Four surprised me: Fuller is Bobby Fuller's brother and bass player in the original Five, and he teamed up with Deke Dickerson of Untamed Youth.  This was a one-off lineup for the festival, I'm pretty sure, and it worked beautifully: Bobby Fuller's songs are so good that they bounced along like candy, Fuller's game but somewhat tuneless voice failing to drain away the sweetness.  Untamed Youth were a riot: Missouri via So Cal garage surf, mania heightened by a dance-off between band members Steve Rager and Chris “Sugarballs” Sprague, bass player Mace's beer infatuation which culminated in a shower of suds, Andy Shernoff joining the band to belt UT's "unofficial anthem," the Dictators' "Cars and Girls," and Dickerson's
shit-eating grin and fabulous Fender guitar playing. Detroit's Hentchmen were great, throwing chords together and gang-singing and continuing, amazingly, to sound like no other band around.  The A-Bones played the last night, and by then both Miller and Linna were pretty exhausted, though that didn't stop them from stomping it up with their old pals as best they could.  Things were ratcheted up at the end of the set when the Flamin' Groovies' Cyril Jordan and Roy Loney, who'd been hanging around Bell House all weekend and had earlier hit the stage with Daddy Long Legs, joined the A-Bones for rips through "Shake Some Action," "Tallahassee Lassie," "Slow Death," and "Teenage Head," the title of which Loney was quick to credit to the infamous Kim Fowley, the ghostly MC who looked like he'd been imported from a David Lynch film (Fowley's presence was odd: historic and iconoclastic, but creepy; more on him in a future post.  Maybe.).  These are classic rock & roll songs, and among my very favorites; to hear them muscled through with panache and grins by their legendary, infamous authors backed by longtime friends and supporters (and fans), was something else, and reason enough to be there.

There were a few missteps: there might have been too many bands, frankly; South Bay Surfers were a joke that wore thin quickly, a consciously inept surf band that tried too hard to be funny by playing lousy versions of conventional songs.  And I might've selected either Mark Sultan or Bloodshot Bill.  Both are supremely talented, intense guitarist-one-man bands, aural equivalents to runway trains threatening to derail, but they overlapped a bit in sound and spirit.  And I can't fault the legendary Sonics for writing and adding new songs to their stunning catalogue of garage classics, but their new material is pretty generic relative to "Strychnine," "Boss Hoss," "He's Waiting," etc., and unfortunately dialed back the intensity of their standards, which were driving and pounding and confident, delivered by graying men who looked like Michael Gross in Family Ties. And who claimed to have written "The Witch" when they were sixteen.  Fantastic.

But these are quibbles.  The fabulous, obscure, LOUD rock and roll songs spun by the DJs between bands all weekend made Norton 25 a veritable soundtrack of the past half century of greasy rock and roll.

Watching all of these historic, sometimes ignored, always sincere rock and roll bands, I wished that I'd tried to get into a band when I was younger, and if so that I'd have been good enough, committed, road-tested, tireless, in for the fun not the pay, willing to be forgotten.  But I was more than happy to stand on the outside, with my friends, looking in: the friendly, warm environment that Billy Miller and Miriam Linna created—a vibe originating from their love of rock and roll, their shared sense of humor and style, their reverence of rock and roll history, and their love for each other—encouraged musicians and fans alike to wander around, beers and in hand, mingle, meet, enthuse, smile, laugh, folks in their 50s and folks in their 20s, the walls between players and fans gone for good.  As it should be.

Congrats to Billy, Miriam, and all of the hard-working people, present and past, at Norton Records.  See you at the 50th. 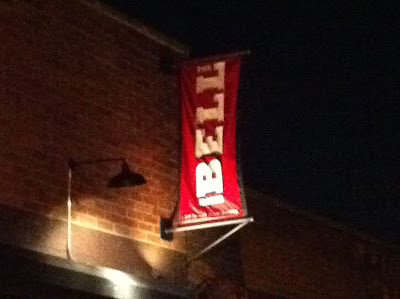 I was there all 4 nights and you summed it up perfectly. It was an incredible weekend, never to be forgotten (pun intended).