I’m thinking of the clothed essay versus the nude essay. The clothed essay prizes craft and subtlety, evocation and song. “Nakedness is uncomely, as well in mind as body,” Francis Bacon wrote four hundred years ago, “and it addeth no small reverence to men’s manners and actions if they be not altogether open. Therefore set it down: That a habit of secrecy is both politic and moral.” The vulgar, nude essay has no secrets, is uncomely not in an other-century modesty or prudishness, but in its artlessness. An autobiographical essay moves from private to personal, but the nude essay is too private and too personal, smirking that its nakedness is subject enough, its tan lines and scars and piercings doing all of the work. The nude essay says, I see you gawking at my flesh and curves, my sinew and sex, what else do I have to do but preen. The nude essay spreads its legs and the gesture of seeming confession is mistaken for content. 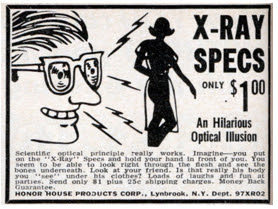 Very nice essay, Joe, modeling what it professes. And in this graf you nailed why, I think, some fiction writers sneer at memoir:

“There is an unseemly exposure of the mind, as well as of the body,” says William Hazlitt, the oversharer of the nineteenth century. This sentence is in my head now as I consider the emotional condition of the essay, its neediness, the way it might embarrass itself or its reader, the way it says too much, the ways it insists on the explicit details at the expense of evocation. I’m thinking of autobiography that leaps to the end of disclosure without the drama, suspense, or the what-if of slow revelation, humility. I’m thinking about the last tramp stamp that anyone will notice. TMI. I’m thinking about an essay that drops trou and thinks that that’s an epiphany. "

How can nonfiction transform experience the way fiction does, not just relate it? Seems to be your subject here. Wish I knew the answer, or could come close to pulling it off myself.

Well, Peter Ives said that we don't write about things as they are, we write about things as we are. There's obviously truth to that for fiction writers, but it seems to me the difference is that fiction writers interpret the world through his characters, while an autobiographical writer interprets the world through his character. The transformation comes not only in the artfulness of the telling, but in the emblematic or representative places that the telling goes. Theoretical, of course...