We You Me: In Defense of Autobiography

Against the tiresome argument that autobiographical writing is narcissistic, I can only say this: distinctions must be made between good autobiography and poor; and more importantly, the autobiographical impulse is ultimately a humble, and a humbling, impulse.  It has always been this way for me. 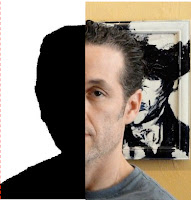 When I begin an essay, or find my way into a subject autobiographically, I'm trusting not that the qualities of my experiences or character matter in and of themselves, but that I can recognize what in my unique experience might be, in the recollection of and in the telling, emblematic of something larger, something not exclusive but recognizable.  I ask myself, directly and indirectly: If I care, does that not mean that someone else will?  If the answer is No, then I've got work to do.  This is mostly an unconscious conversation I have with myself when writing and editing, but the ringing impulse is always there.  Do I dismiss the subject of the piece as too trivial or too hackneyed to be redeemed, or do I explore further, trusting my impulse to the page?  Again: not to celebrate or commemorate experience simply because I had it, but because undoubtedly others have as well, and might find in my shaping that they fit inside in a way that reveals far less about me (privately) than it does about them (personally).  We you me: that's what's ultimately humbling about writing autobiographically, the profound (and healthy!) discovery that in fact I'm not particularly unique or special.  Is there some light arrogance involved in presuming that my experience might resonate?  I think quite the contrary.
~~
I've written about the autobiographical silhouette before, and about some petty thieving in my past.  I'm reading Garry Wills' compact biography of Saint Augustine (part of the defunct Penguin Lives series) and in it Wills recounts the oft-told story of sixteen-year old Augustine stealing some pears from a local orchard.  Wills notes that Augustine obsessed on this small transgression, spending more than half of Book Two of his Confessions trying to make sense of it.  Wills writes:

It was more than [a petty theft] to Augustine. In fact, he had dismissed with passing mention earlier thefts of food from his family larder, food used to to bribe others into letting him play with them.  That theft had a motive.  The pear theft seemed not to.  He specifically says he had legitimate access to more and better pears (probably on Romanian's estate).  He did not want to eat or use the stolen goods.  He and his fellows in the raid carted the fruit off and dumped it before pigs.  Why did they do it?  Augustine goes down and down into the mystery of this apparent acte gratuit: "Simply what was not allowed allured us" (eo liberet quo non liceret). 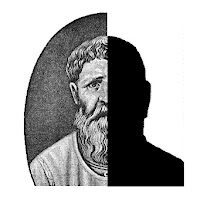 When reading this I was struck by the similarities between Augustine stealing those pears and me stealing a crappy plastic ring from a boardwalk five-and-dime when I was ten.  Despite the differences in age between Augustine and me, the correspondences were interesting, and inevitable, and, in that moment of reading and reflecting, my childish gesture and a childish gesture of the (future) Bishop of Hippo Regius morphed — became, as in metaphor, something new and strange and compelling.  You're comparing yourself to Augustine, elevating yourself to the plateau of one of history's great thinkers.  No.  I'm exploring a startling, and moving, replication of gestures: pathetic, trivial thieving across centuries.  Someone transgresses, someone transgresses.  That brief historical (read: not historic) moment of recognition of myself in Augustine, and thus others in myself, and, perhaps, Augustine in others — a transparency laid atop a transparency atop a transparency— was kind of thrilling.  Augustine and I traded silhouettes, reaching for something that doesn't belong to us, trusting an unnamed impulse and fearing it at the same time, then attempting to make sense of it.  In this moment I didn't elevate myself hubristically to the level of the great Augustine — indulgently viewing my simple boardwalk transgression through the scrim of a fourth century writer, philosopher, and theologian — as much as I received Augustine at the splendidly ordinary human level.  Humane, humbling stuff.  Hardly Saint Joe, more like Augustine the Common.
Original image of Augustine via Harmless Nocrophilia.
Posted by Joe Bonomo at 2:48 PM