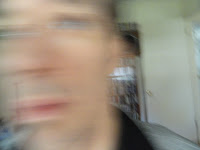 In the summer of 1976 I may have been cooled in the basement by the central a/c but my imagination was feverish as "Crazy On You" spilled in all of its wildness from the radios at the public pool and from the stereo in our rec room, though I was young and didn't get the sex of the refrain or feel the tensions tightening in the majestic move from the verses to that sex in the refrain, but the song got in me and stayed, was working to amp up my fever without my knowing, and it's been there at a kind of low boil ever since and I see my sister getting ready to go out with friends, she's young that summer too, only fifteen, but her fever's ahead of mine, leading her from our house to other houses and to unfamiliar cars and to groups of girls and I imagined it all that summer, her curves, her distance, her smile, her glances not at me but at others, her talent at the pool table in the basement training for something strangely adult, and I wonder whether any of this is true, that is, whether any of this is true of her or whether I've imagined for her this wildness that the song so achingly scores — outside of her closed bedroom door, the magnetic pull toward boys, the memory of what happened as I happened — whether too feverish, too romantic, too nostalgic for reality to corroborate, but beautiful feverish Crazy On You sings its own story of bodies unable to stop colliding, and there she was and I'm here, and well, there it is.
Posted by Joe Bonomo at 6:00 PM