Hall & Oates' "Rich Girl" came up on iPod shuffle the other day at the local Y as I was walking from the gym to the locker rooms.  The moment the song started I was deposited in time, as so often happens, miraculously and mundanely.  "Rich Girl" appeared on Hall & Oates' fifth album Bigger Than Both Of Us, released smack in the middle of my grade school years, and appeared as a single a few months later.  As anyone alive at the time remembers, "Rich Girl" was everywhere on radio that year (it went to number one on Billboard).  The song's indelible, and, perhaps primed by having just finished reading Josh Wilker's great memoir-via-baseball-cards Cardboard Gods, listening I luxuriated in the mid-1970s sepia-toned memory dreamscape into which I was transported, the analog vibe, the soft funky keyboards, the AOR strings.

Big deal.  But something weird happened: as I listened, the long-ago image of myself that had materialized in memory began to change, or more accurately, things around the image began to change.  The background rack-focused from blur to specific decor—a shag carpet that I never stood on in front of unfamiliar posters tacked to wallpaper that I never saw before—while my clothes morphed from a vague shirt and jacket I might've owned to striped pants and a garish turtleneck that I'm fairly certain I didn't own.  My face remained the same, round and happy, a bit blurred, content, but everything around that face changed, and quickly, to a decade-specific style that I vaguely recognized as "true." 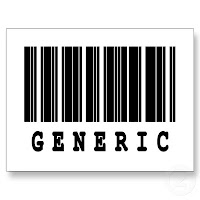 Mnemosyne's art director, I was inadvertently stylizing my memory.  Key word: inadvertently.  A specific memory of myself became a set design, a cinematic frame, me an extra in a 1970s period movie, a generic mid-decade boy as cast by Hollywood.  It was a strange phenomenon to experience, and it got me wondering how much of ourselves we remember as how we actually were, versus how much of ourselves nostalgia, or hindsight, or popular reenactments of the past suggests we were, or conditions us to remember ourselves as.  Do I recall an actual self, or a self I've seen elsewhere posing as a self from the era I'm recalling?  In a movie, say, or a video at advertisement.  It's vaguely troubling to me, and super interesting.  Perhaps the version of me I saw while listening to "Rich Girl" is a memory of a persona I adopted or wished for while listening to (and loving) the song when it was released, but that seems unlikely: the image in my mind's eye was too broad, too informed by Seventies aesthetic to be anything but a stylized recreation.  So which is me?

"Things you remember often change and date," Mark Doty says, "any more immediate perception replaced by the stories we tell about them.  But that which we don't know we remember—well, those things seem untouched."  Sure, but what happened to my memory feels less like dating than a kind of popular re-creation.  Seventies Reenactment (line up for tickets): my biographical specifics replaced (improved?) by the notes of an assistant art director from That '70s Show.  My rounded self rendered flat not by a flawed memory-making but by the intrusion of today's popular versions of the past.  That's scary.  I'm on guard now.

Good post! I'm working on an essay about my former self (80s, this time) and pondering some parallel questions as I try to sync myself up with some historical events. Mostly, though, I saw Hall & Oates in concert, so that's why your post was cool.