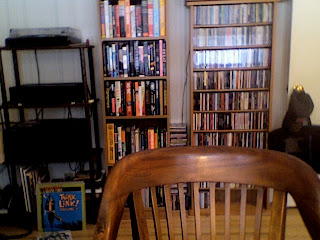 I'm asked sometimes why I write nonfiction rather than fiction.  I've written hundreds of pages about lives other than my own, though on my dark days I wonder if I'm not generous or curious enough about others' lives to be able to imagine them fully.  The truth is, I'm not sure where the autobiographical impulse originates.  It feels as vital and valuable to essay one's life for meaning and sense as it does to conjure a character in a fictional setting, to set her through her paces in revelatory (or non-revelatory) ways.  Peter Ives has said that we do not perceive or write about things as they are, but rather we perceive or write about things as we are; I might add that an autobiographical essayist interprets the world through his or her character as a fiction writer interprets the world through a character he or she creates.

Few photos exist of me between my late teens and early forties.  This was a result of entwined circumstances, some accidental, some cultivated: I didn't own a camera until fairly recently; I'm a bit of a lone-wolf; historically I never aligned myself with a group of friends who took a bunch of pictures, and anyway I tend to shy away from photo taking.  For many years I reveled in what I identified semi-preciously as a maverick streak in me, a willfully contrary stance Against Photos.  As is the case with many personal stances, this was born as much from defensiveness and uncertainty as from values and self-confidence    Amy and I do not have children, who are a source of a generation of family photos and evolutionary exposure(s), and generally we don't feel compelled to take photos of each other, or of ourselves together, something we lament occasionally. 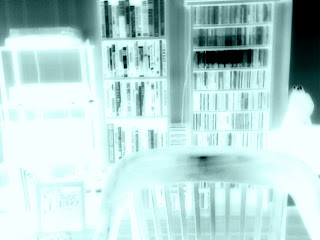 I wonder if my interest in writing autobiographically didn't originate in an attempt to fill in the blanks of my years of photographic absences.  Maybe I write to fill the blank pages in the photo albums I don't own.  There's little proof of me back there, no documents in Polaroid or Instamatic form to insist on it.  And so I write myself into the absences, conjuring with language and memory what light falling onto a light-sensitive surface captures, mentally and imaginatively photo-documenting the past in sentences rather than film.  I don't particularly enjoy looking at photos of myself (who does?) and maybe that's why I prefer the personal essay—the persona essay—where I can morph a bit each time I go back, among personas and Montaigne's many selves, putting the essayistic lie to the photo's tyranny. Or maybe I'm theorizing here out of the worst impulse: to intellectually make amends; to turn away regrets; to make up for absences that can't be filled.
Posted by Joe Bonomo at 10:40 AM