Driving home after shows at the 9:30 Club or The Bayou or Wax Museum.  My ears are ringing.  We cruise up 16th Street into Maryland jamming to tunes in the car, drinking the night down, and already my memory is conspiring against me.  I try to recall the opening number, the sequence of songs, what'd they play for the first encore? what'd he say then...?  Among the bittersweet contents the next day were the hangover, the hopeless peering into an empty wallet, and the piecing together of the show.  All very Twentieth Century, I know, a kind of analog blank, replaying an event in my head with only the dubious, faulty aid of memory.  Occasionally we'd sneak a mini-cassette recorder into a show — to tape the gig or to ask band members for station IDs for WMUC, the college station where I was a DJ — and the result was usually a muddy roar, a blurred legend on the map. 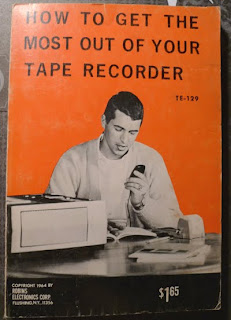 Many bands like Phish have been encouraging show-taping and -swapping for years, and now — and this has been happening for a while — clubs like the Double Door in Chicago will record select shows direct from the soundboard to be downloaded the minute you're home, or immediately on the premises.  How many times have I seen kids at shows holding up their smart phones or Flip video cameras to record a show for posterity, guffaw and groove to it on the way home on the train or in the cars, or even while the show's going on.  Now, when I miss a show by choice or otherwise, I head to YouTube and minutes after the gig's over someone somewhere will post ten minutes of what I "missed."  Old news.  People take photos at shows and spend the next few minutes head-down, scrolling, looking at what they've taken or sending pics out to friends while dBs are roaring over their heads.  The New Remembering is Instant Memory, GB FlashPast, RAMNostalgia.  The New Remembering is a kind of slide show of the near past in digital precision — before memory and desire and the co-mingling of both produce myth.

I sound dreadfully Luddite.  I don't mean to.  I don't miss ringing ears — remarkably, my hearing is still excellent after decades of rock & roll and I want to keep it that way — though I might miss the dark room that that ringing creates: a room of shifting shapes and memories, half-forgotten shards and story images creating their own, new stories and moments the next day as we wake and begin to sift through what happened.  I will resist downloading those stories, I will tell them instead.  How long will this stubborn (stupid) tethering to last century last.


"Vintage Tape Recorder Book" via Etsy Vintage.
Posted by Joe Bonomo at 11:01 AM