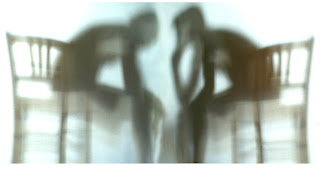 My idea of a writer is someone who's interested in everything, Susan Sontag.

One does not choose one's subject matter; one submits to it, Gustave Flaubert.

It is impossible to write meaningless sequences.  In a sense the next thing always belongs.  In the world of imagination, all things belong, Richard Hugo

Memory has its own story to tell, Tobias Wolff

Every man's work...is always a portrait of himself, Samuel Butler

Language led me on, in the most fulfilling way.  It permitted me to learn what was on my mind..., Sydney Lea

Essays don't usually boil down to a summary, as articles do, Edward Hoagland

If my mind could gain firm footing, I would not make essays; I would make decisions, Michel de Montaigne
~~

"Conversation" via BrianSolis.com
Posted by Joe Bonomo at 10:01 AM

Email ThisBlogThis!Share to TwitterShare to FacebookShare to Pinterest
Labels: writing

Love, love, love the Hugo and the Ammons. The *thing* I'm currently working on uses both of those concepts, so I've been thinking of them both a lot lately.

Looking forward to seeing you guys this weekend!

Oh, and that Tobias Wolff is awesome, too. I use that in my classes when I talk about memoir. :)