The conception of nostalgia first surfaced in 1770 as "severe homesickness," and was considered a clinical disease.  The word had been coined in 1668 by Johannes Hofer as a German derivation of the Greek work nostos, which meant "homecoming" plus "pain, grief, distress." The contemporary idea of nostalgia as a "wistful yearning for the past" was apparently first recorded nearly a century ago.

That's quite a ride: from disease and pain to desirous and dreamy.  Nostalgia can be buoyant and pleasurable but it can also breed sentimentality and mawkishness, and I wonder how we avoid the artistic limitations of homesickness while recognizing it as a valuable and sometimes inevitable link to the past.  When I'm nostalgic what I want is a homecoming with a place that's been remade in my dreams and memory, and, thus, a place that doesn't exist.  How do you write about a place — or about events or people — that no longer exists?  This is one of the problems John Edgar Wideman wrestles with in Brothers and Keepers, a memoir about Wideman's imprisoned brother Robby who figuratively (and tragically) disappears for the author when he's between prison visits.  How to write about a person who doesn't exist in a place?  In Wideman's case, you despair and fail. 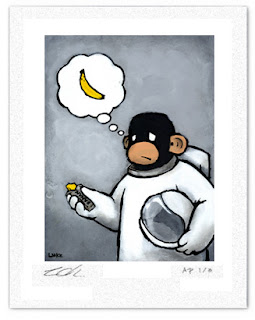 I can turn to fiction (as did Wideman).  But if I want to write autobiographically, "truthfully" about a time and place that no longer exists, I guess I need to sift the actual through the invented and see what remains.  Is that fool's gold?  Nostalgia is, of course, as truthful in its way as the past that it's replaced.  But the distance between the two can be enormous, fatally so.  Sometimes I feel as if I'm a kind of Agnostic Memoirist: I've turned away so far from the past toward nostalgia that I've broken the narrative string binding the two.  I know the verifiable past is back there and yet....  Now what?  One of the tasks of personal writers is to revisit the past in artful, memorable, and culturally useful ways. Though a pleasurable and seductive means to that past, nostalgia also creates (potential) roadblocks toward larger essaying and personal candor. Even minor childhood or adolescent griefs can carry the softening agent of nostalgia, but if memory is rid of all pain ("severe") or distress, it ceases to be a conduit to reality and instead becomes a fiction.  Happy Days on Tuesday nights, where racism is the dirty word we never see, scrawled on the inside of the bathroom stall.  Do Bob Ross's landscapes exist in the actual world?  They were/are certainly truths embraced by millions.  Did the hill slope so prettily like that, or did it end in an acid pool?  Or both.  Hear that buzz saw and those trucks just outside the frame?  Didn't think so.

The Agnostic Memoirist needs to make contact with the unsentimentalized and anti-mawkish past.  Some days it feels to me like a leap of faith.  For the dreamy guy, a nice thing, for the writer, not so much.

"Nostalgia (Revisited)" via Luke Chueh.  Etymology of "nostalgia" via the (great) Online Etymology Dictionary.  Get your nerd on.
Posted by Joe Bonomo at 11:55 AM

Love this piece Joe.
Brings me back to a verse of my own (rather trite, but I don't care) lyrics:
Time turned misery to long lost bliss
It's much better when I reminisce
Everything is sweet back then
In my mind's unconscious game
The years slip by, you forget the why
A picture fades, you keep the frame
All I know is feelings change
But people stay the same

Love the main page. Will it always be like this?