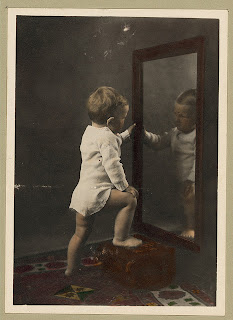 Recently, the woman cutting my hair described a childhood memory. She was at an amusement park with her family where she accidentally stepped on a large bug, squashing it under her sneaker. She was, of course, "totally grossed out." It ruined the day, she told me, because all she could think about was that huge disgusting bug that covered half of the bottom of her shoe!

"The weird thing is was that when I went back home last week and looked at the video, it turns out that the bug was only, like, a centimeter long! It wasn't that big at all, but I completely remember it is as being so much bigger," she said, clips and comb in hand.

I was taken aback, I'll admit. I wasn't expecting her to reference video in her attempt to corroborate or make sense of her memory. I'm not sure why. Maybe because my family didn't take video when I was growing up. The woman cutting my hair is likely two decades younger than me; she grew up in the era of camcorders, of the documented childhood, from vacations to birthday parties to backyard hanging-out. This isn't a new phenomenon, of course; in fact this woman is from, at least, the second or third generation of family video recorders. The neighbors down the street from me in the early/mid-70s had a clunky video camera — the first one I'd ever seen — but they seemed wealthier than my family, at least they always seemed to have "stuff." On last night's Dick Van Dyke Show episode Rob and Laurie filmed the Redcoats (aka, Chad and Jeremy) in their New Rochelle living room with a heavy-duty, glare-light-burdened fossil of a video recorder. That was 1965, and the Petries were probably pretty cutting edge. 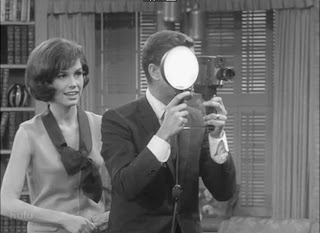 The implications of the Videotaped Childhood. The gap between the woman's memory of the bug as grotesquely large and the (less interesting) video proof (a dubious word) that it wasn't. Which is the truth? The pixels or the post script? The frames-per-second or the flashback? The image file or the recollection? Autobiographers have been asking these questions for a long time, and they are no less crucial. Does one bug overrule the other?

I wonder if this memory-data gap will narrow or widen over time, as more and more minutes of one's once-misty childhood and adolescence are recorded for posterity, a kind of fact-checking against nostalgia. Will the imagination (not simply "a picture making mechanism," as Willa Cather put it) atrophy? Of course not, but the demands put on it by memory and desire might change. Maybe the imagination will go the other way, creating ever more fantastical memory deceits and expansions of remembered reality, rebelling against the tyrannical hold of the empiricist video camera, iPhone HD, the Flip, etc., creating a dangerously (sexily) widening gap between truth-as-remembered and truth-as-proven. Or I'm wrong, and the balance between what's recalled and what's documented will remain strong and steady, tethered between the strong subjective complications at both ends of the string.

Tess Gallagher wrote in 1979, "The poem is always the enemy of the photograph." I didn't quite understand that when I first read it. Now it seems prescient, even as Gallagher was looking back at a century's worth of picture-taking, of embalming the past:


Even the stopped moment of a photograph paradoxically releases its figures by holding them because the actual change, the movement away from the stilled moment, has already taken place, outside the frame of the photograph, and the moment we see ourselves stilled, we know we have also moved on. This is the sadness of the photograph: knowing, even as you look, it is not like this, though it was. You stand in the "was" of the present moment and you die a little with the photograph.

I don't think that the smooth flow of last summer's downloaded (and increasingly uploaded) videos are much different from the fading photographs in the basement. Though we see ourselves in action, there on the bright screen, moving, alone or with people, creating the third-person community of was, we are still here in our first-person, present skepticism, insisting that it wasn't like that, that it was. 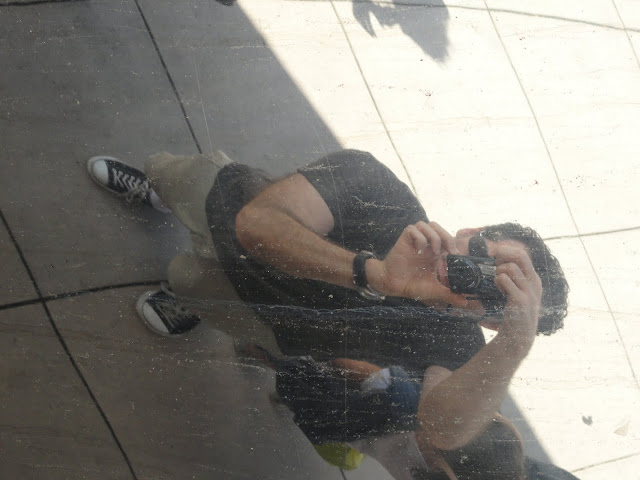 "Vintage Picture Of A Cute Young Boy Looking At His Reflection In The Mirror" courtesy of Flickr Creative Commons
Posted by Joe Bonomo at 8:06 AM