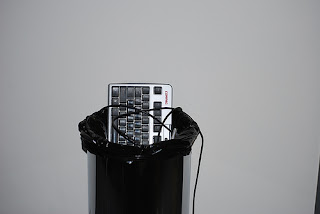 Five hundred or so years ago Montaigne asked "What Do I Know?", rhetorically exploring the limits of the self as subject matter, a humanist autobiographical impulse that, down many roads and alleys, led to modern memoir. As we're a decade into the Twenty first century, and as our tools for perception and our means to know and interrogate ourselves and reflect those selves back to the world are growing, it's worth thinking about the volume and the speed (and the value) of personal writing. Montaigne was alone in his tower on his estate, a striking metaphor of the writerly solitude that's increasingly harder to find.

Or is it that it's simply less valued? I'm hardly alone in wondering about the effects of social networking on the forms and the cultural value of autobiography. What's interesting about the recent commentary is that we simply don't know: if instant messaging and tweets are eroding self-reflection; if posting and tagging a thousand images of yourself on facebook is narcissism run wild or if it's something else; if blogging is the new personal essay or a short-circuiting of wider intellectual meandering; if the autobiographical impulse—What do I know?—won't burn itself out in the growing conflagration of digital self-disclosure and exposure; if, as we feel less freakish and alone via social networking we don't also lose a precious, valuable sense of uniqueness; if personal "book-length" (when will that phrase lose its cachet?) dramatizations/reflections will prove too cumbersome, too long, too uninteresting, superfluous. What we do know is that the tools of and in social networking will become more efficient in the future. Where's Montaigne's tower now?

Walter Benjamin, eighty-plus years ago in his Arcades Project: "Reminiscences, even extensive ones, do not always amount to an autobiography. For autobiography has to do with time, with sequence and what makes up the continuous flow of life. Here, I am talking of a space, of moments and discontinuities. For even if months and years appear here, it is in the form they have in the moment of recollection. This strange form—it may be called fleeting or eternal—is in neither case the stuff that life is made of."

The "continuous flow of life" wends its way through a million computers and smart phones, over wire, and wireless. The flow is a weird, unpredictable one in 2010, its shape and consequences up for grabs. Maybe this is why lately I've become even more obsessed with abandoned places (here and here). They reconstruct (falsely) a time and place gone for good, literal quiet where noise used to be. That's an increasingly tough place to find. But I have to be careful not to romanticize the less-loud past, as the rest of the world moves on without me, not caring less.

"trash technology 3" courtesy of Flickr Creative Commons.
Posted by Joe Bonomo at 8:55 AM

Have you read this article? 2 years old now - an eternity in the modern era - but still interesting. Money quote - "Montaigne was the first blogger."

Thanks, Kirk. Yeah, Sully's piece is great, one of the most thoughtful treatments of the subject, I think. I'm a fan.