Variety Records, Wheaton Plaza, suburban Washington D.C., after highschool, the early 1980s: I'm flipping through records wearing a dress shirt, a skinny tie, and a jean jacket with black duct tape on the back in the shape of an arrow. Mod-light. A few punks (Skinhead-light) had prowled through the store a few moments earlier, and when they left one of them pounded his fist against the store's plate glass window, pointed at me and glared in adolescent pseudo-menace. He scowled and walked away, and it scared me a bit. When I think of that moment, I hear the Jam's "Set The House Ablaze" in my head, the song's martial, lockstep beat and militaristic whistling scoring laddish, faux-English boot-rumbling rabble-rousing in a lousy suburban mall. Was the song playing in the store at that moment? Maybe. Perhaps I'd listened to it recently, and through a synapse-gap leap it tattooed itself as the permanent soundtrack of that memory — or it happened later, as I replayed the incident in my head and unconsciously searched for the appropriate background music.

I'm curious about the ways emotion and music co-mingle, how a surge of strings in a film cues this or that emotion, how a minor key both brings on and echoes sadness. Or how a popular song's summer Zeitgeist might become the score of a summer's memory, even if the song and the memory never stood side by side, but were joined later in a kind of emotional chronology. That song was always playing that summer! we say, even though it really wasn't.

After visiting my uncles in Queens and Brooklyn when I was a child, my family would return home to Maryland, usually at the end of a long day; I looked forward to driving over the Brooklyn Bridge as night descended. Among my vivid memories of leaving town are passing rows of public housing, dented, graffiti-scarred elevated subway trains, wide, grimy avenues full of trash. These images are indelible scenes of the narrative-memories I have of New York City in the 1970s and of our family's visits and escapes.

Only recently did I wonder, while reading Jonathan Mahler's great Ladies and Gentlemen, the Bronx Is Burning, if I'm not conflating those vivid pictures in memory's story-building factory with these: 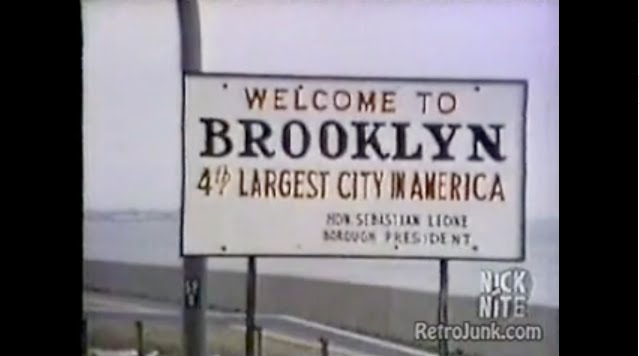 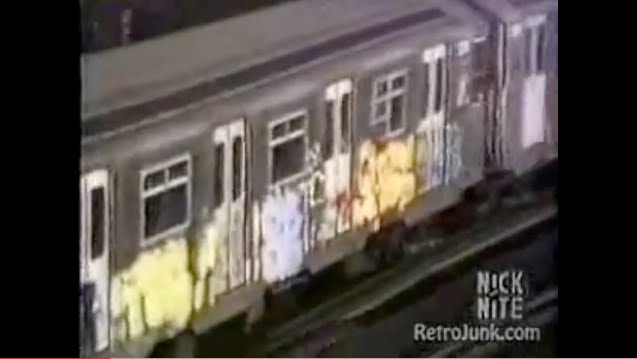 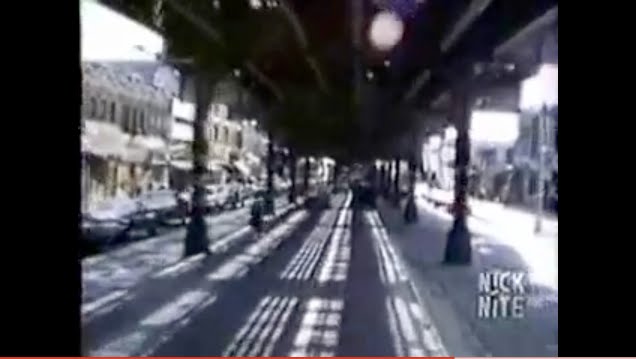 These are from the opening credits of Welcome Back, Kotter, which I regularly watched during the years my family was visiting my uncles. My brothers and I used to joke that my New York cousins looked like extras from Saturday Night Fever, but I might have unconsciously buried a Kotter connection. Are these the images, not my own, that play through my slide-projector? I wonder what power popular culture has in manipulating our private, cherished stories, in aiding — or perhaps even creating — the memorable scenes that we lovingly reconstruct as own.

The high school used for the exterior shots in Welcome Back, Kotter was New Utrecht High School in Bensonhurst, about two miles from my Uncle Tony's house on 51st Street in Borough Park. I might've even passed it once, for all I know. What secret connections were at work, what is it that bridges a sitcom to my own past, and the stories I tell myself about that past. What's at work there?

Email ThisBlogThis!Share to TwitterShare to FacebookShare to Pinterest
Labels: ladies and gentlemen the bronx is burning, memory, popular culture, sitcoms, welcome back kotter