Driving east to Washington D.C., I noticed an abandoned motel north of Pittsburgh. I hastily pulled over, took the exit, and drove around a bit until I located the place. There's something about an abandoned hotel, grim and silent and mock-noble amidst the roar of trucks and cars on the highway. Later that afternoon, I got online and learned that many others have taken this same exit to explore this hotel, the old Pittsburgh North Motor Lodge.

Anti-Romance lured me. I pulled into an adjacent parking lot (Max & Erma's), climbed up a small hill, and walked toward the empty front office and parking lot. The details are perfect: grass and weeds pushing though asphalt; a hallway with Coke machines battling against trees and shrubs that have made their green way into the building; a scabby, empty pool; boarded up windows that once opened and gave to visitors the twin Americana promise of trees and diesel. I imagined decades' worth of stories — of tired families folding up maps for the day, of young couples and weary strangers, of the existential rootlessness common to all travelers. Eventually spooked by the silence, even at high noon, I took off, not before taking some photos: 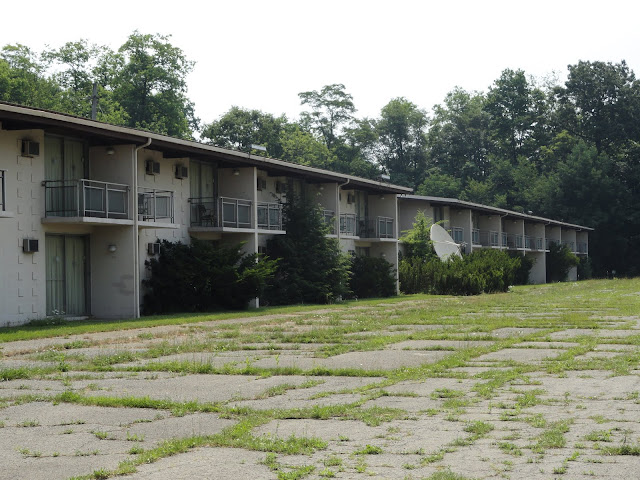 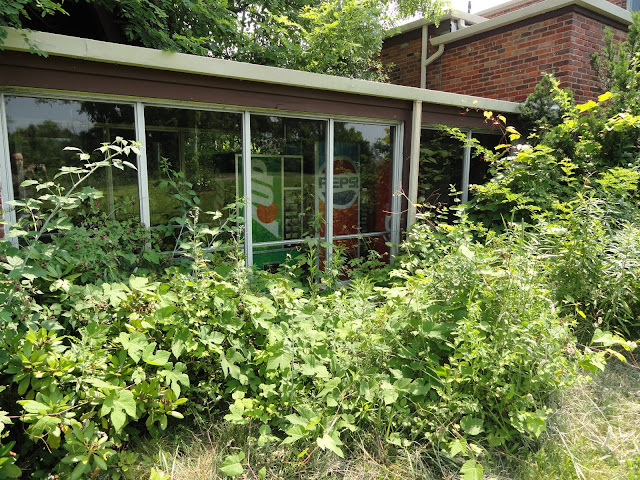 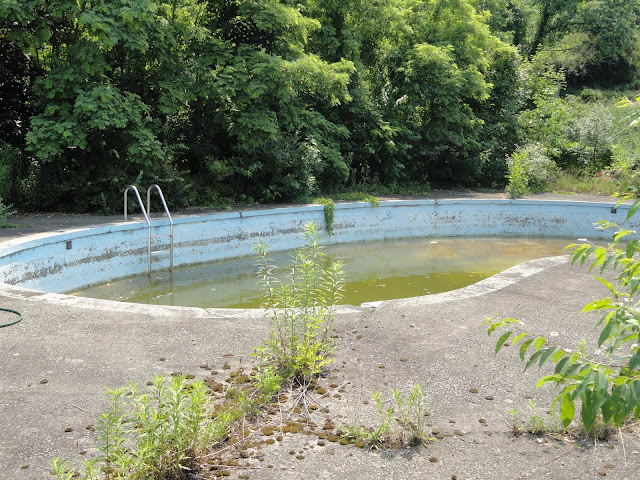 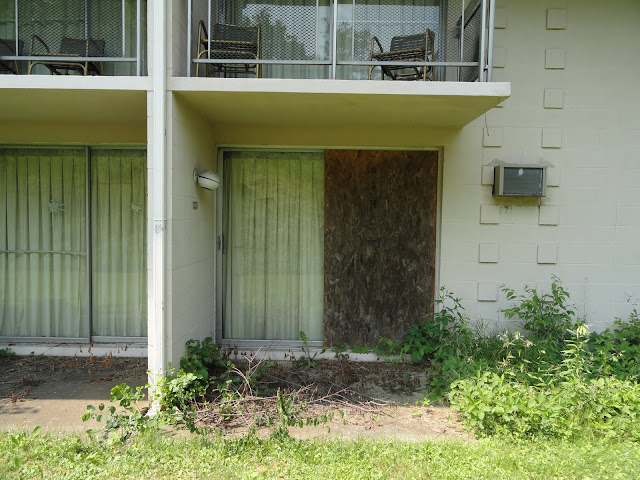 A couple of days later in Washington, the memory of the hotel vivid, I made my way to a longtime favorite abandoned building, this crumbling echo: 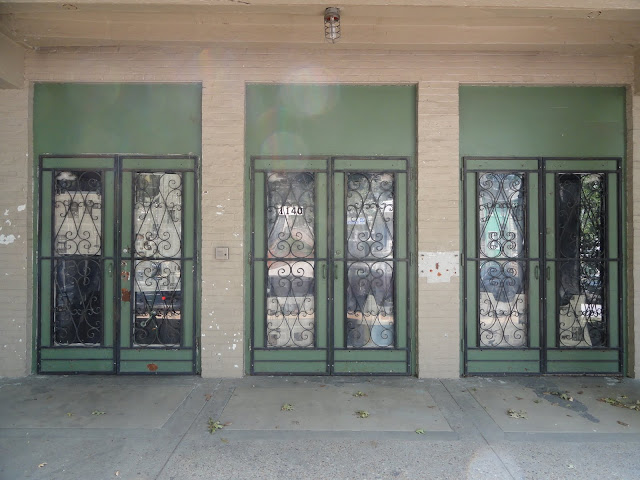 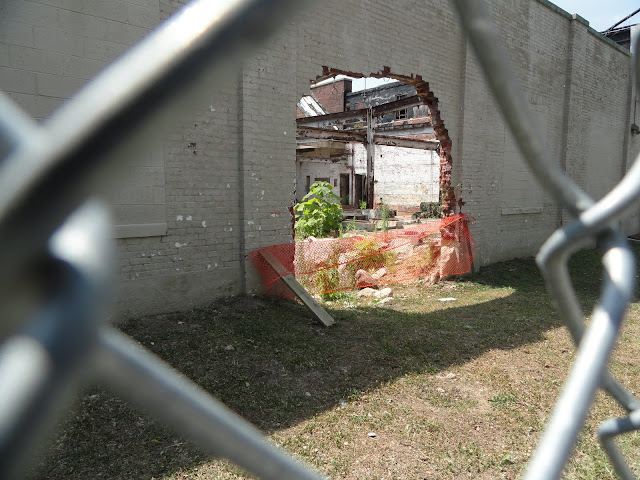 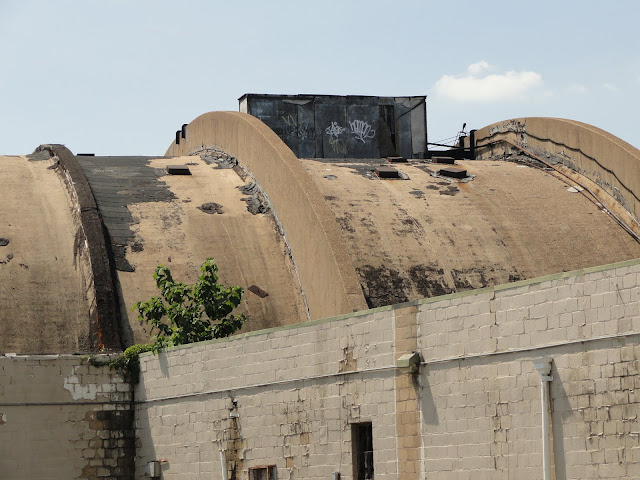 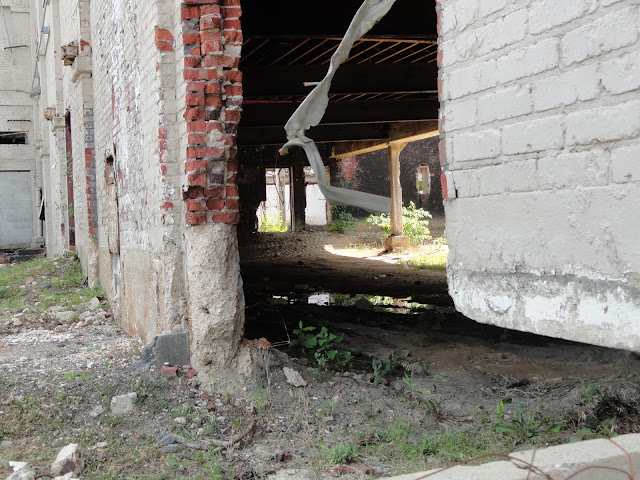 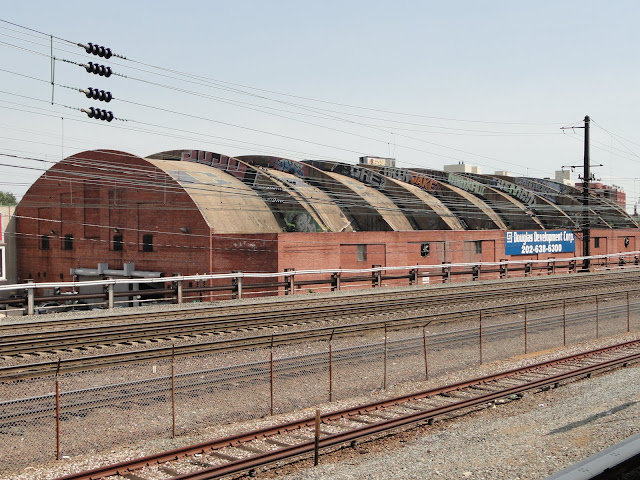 The old Washington Coliseum (earlier named the Uline Arena) was built in the 1940s to hold basketball and hockey games. Its semi-fame comes from having been the venue where the Beatles, following their iconic appearance on The Ed Sullivan Show, played their first North American concert in 1964. They had to pause the show three times, each time to manually move their gear, in order to play in front of each segment of the screaming audience. Here's a blog devoted to "place and placemaking and all that makes it work," with a great photo of Ringo Starr before the show strolling down M Street in front of the Coliseum, tossing a snowball in the air. (Good websites specifically devoted to the show here and here.)

For many years, rumbling past on the train home to Maryland after work, I could make out "DC Coliseum" on the building's brick sign, but that's long faded away and been covered with graffiti. The District used the building as a trash holding station for a while, now it's being used as a parking garage, and is on the market, if you're interested. Walking among the vestiges, I peered through holes in the brick walls made by man and nature, into cracks in the boarded-up foyer and ticket office, crossed the street to take in the wide view of a once solid, formidable building now silent and creaking in the sun and home to vagrant crows — and loved picturing, in false B&W nostalgia, a snaking line of curious teenage girls waiting for the show, of the early-twenty-something Beatles ducking in to the load-in area along L St., unaware of what was coming toward them.

Now: empty, quiet, fading, grimly ignored by the slow gentrification of surrounding blocks. "At times, the simpler the image, the vaster the dream," writes Gaston Bachelard, no stranger to the poetic lure of the once-inhabited, now-abandoned. Any building reduced to its frame, a ragged exterior, looks elemental, simple. But its long emotional history is vast: the housing of weary families on the long highway, or the amplified noise sent out over a cultural sea of screams.


Thanks to Steve Fisher for the Ringo link.

Thanks for this piece - very thought provoking.

So I am not alone at revisiting places Jerry Lee played or hotels we all once partied in.

And I thought I was crazy.

I don't know how to tell you how much I love this. Thank you. Karen

Graham, one could make a career out of it.

I realize this post is several years old, but I too found this Motor Lodge hotel, and am pretty fascinated by it. It still looks about the same, although during my visit I did hear music coming from one of the rooms- very strange. Thanks for sharing!

Sarah, thanks for writing! Wild that it's still there; I hadn't looked in a while. Stay clear....