On autobiography and deus ex machina 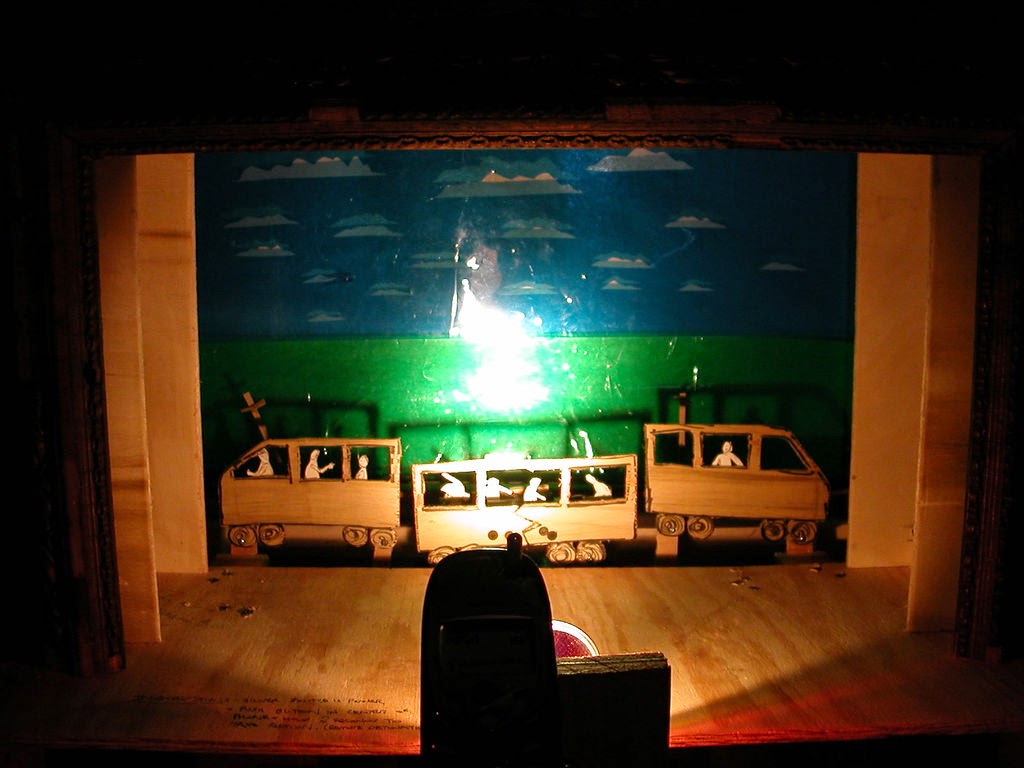 I’ve been thinking about memoir and the “god from the machine,” about the desire for conventional, recognizable resolution in our remembered lives. I write autobiographical essays, sifting the near and far past, leading musically rather than episodically. In The Art of Time in Memoir: Then, Again, Sven Birkerts: “Memoir begins not with event but with the intuition of meaning—with the mysterious fact that life can sometimes step free from the chaos of contingency and become story.”

Right: an inkling that in the midst of randomness I’ve found a subject. But discovering subject does not mean that I’m discovering shape, that Freitag’s Triangle emerges. The beginnings of things are usually messily tied up with the endings of things, and vice versa. The reason that “rite of passage” and other threshold episodes appeal to us is that they provide structure, a sturdy frame on which to stack important incidents, valuable memories we’ll dust off occasionally. It’s a self-imposed structure, of course; the secure nuts and bolts rust and weaken over time as we proceed forward and an event’s significance take on a Protean quality.

I write essayistically and I think essayistically. Part of the process is recognizing that in essaying I enter a dark, unfamiliar room. I risk stubbed toes and whacked shins, not to mention disorientation, some fear, and the disquiet of the unknown. When we write autobiographically do we long for a god to descend from the crane, or ascend through the stage floor, to provide us with answers, clear fates, closure — to the flip on the room’s light? The thorny issues and problems that we explore in essays — the past’s illusions, the heart’s indictments, the body’s thrills and betrayals, the mind’s hapless chances — are in most cases unresolved and how pleasant and entertaining it would be if life offered contrivances that tidied up the problems nicely, and provided fixed, satisfying resolution. We turn to conventional fiction for the artful shaping of lives where justice is meted, where positive endings arrive, where epiphanies, those old-fashioned kicks-between-the-eyes, strike and we are forever changed.

But in essays, the rules are different. The internal logic of our lives is confounding, irrational, obsessive; epiphanies fall away from us almost as soon as they bless us. We survey the past for larger shapes and designs, but they shape-shift.

Nietzsche’s complaint: “an earthly resolution for tragic dissonance was sought…. The hero had become a gladiator, granted freedom once he had been satisfactorily flayed and scarred. Metaphysical consolation had been ousted by the deus ex machina.” Sure, but I might have welcomed a descending god to relieve me of the playground politics at St. Andrew the Apostle School, or to have provided surcease and resolution to the ongoing compulsions, petty and profound, that plague to this day. Metaphysical consolation is all well and good, but it’s hard to spend; there’s no place for deus ex machina in autobiography.

I like the concept that endings come messily from beginnings and it all start in randomness. Nice essay.