I’m reading Robert Vivian’s Cold Snap as Yearning and Steven Church’s The Guinness Book of Me: A Memoir of Record. Both go about the business of autobiography quite differently.

I’m interested in the place and role of popular culture in memoir. As an essayist I’m bound to place; am I bound to the specific things of place? Church’s memoir recounts growing up in suburban Kansas in the seventies and eighties, lensed through his obsession with the Guinness Book of World Records, a book he coveted as a kid and, as an adult, uses as a kind of autobiographical template. Mixing and matching various coming-of-age episodes with their direct and indirect counterparts among the exotic and arcane industry of world records, Church charts family, responsibility, memory. Because he uses the Guinness Book as a scrim, his memoir is full of crazy people and places and events, the personal and cultural excesses that we associate with world records. Church draws a loving knot around the world’s fattest twins, the longest hiccups, the fastest amputation, and the longest shower, and the considerably unspectacular but unforgettable friends and neighbors and episodes from his suburban past. 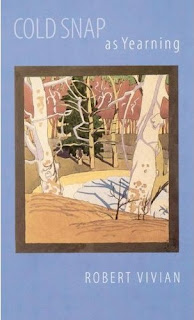 Vivian’s essays roam mostly the “woebegone” (a favorite word of his) landscape of Nebraska: the endless, crow-dotted sky, the sweet fields, the scents through trees, a detour into stultifying office life (near the end of the book he essays London and Las Vegas). He’s also obsessed with bizarre, marginal figures, but differently than is Church. The bag ladies, homeless wanderers, and mentally-challenged figures in his Omaha aren’t breaking any world records, they’re simply, sometimes painfully, existing—for Vivian, as puzzling signs toward larger understanding beyond his grasp. (Very much Montaigne-esque in urgency, Vivian’s essays follow what he doesn’t yet know.) The figures in Vivian’s book differ from Church’s in another way: they’re rendered as archetypes, their physical and psychic details stubborn and earthly, but also abstracted and poeticized, so much so that Vivian’s world feels less like a landscape full of people and animals than a landscape painted with imaginative renderings.

There’s a moment in the middle of Vivian’s book when he makes reference to Annie Lennox, and it jars. There are so few time-specific details in his book that Lennox appears as a kind of exotic alien from a far-away world that invented pop music. Church’s book, on the other hand, is loaded with memories rooted in pop culture. Such differences have as much to do with style and aesthetic as with Omaha-versus-Lawrence subject matter. What place does popular culture have in memoir? Martin Scorsese never wanted to use music in a film that simply time-stamps a scene as occurring in, say, 1963; the music should (must) evoke mood and theme. We don’t want to aspire to writing autobiography that enacts a time-capsule; we need to reach for larger meaning, the undying essaying of the personal and the ecumenical. But I’m fascinated by the ways in which the things and objects of our past might hold us down, might tether us too lovingly to sentimentality and nostalgia — or to the desire to reproduce a given era of our lives — so that we miss the opportunity for interrogating that past for meaning beyond mere personal experience. 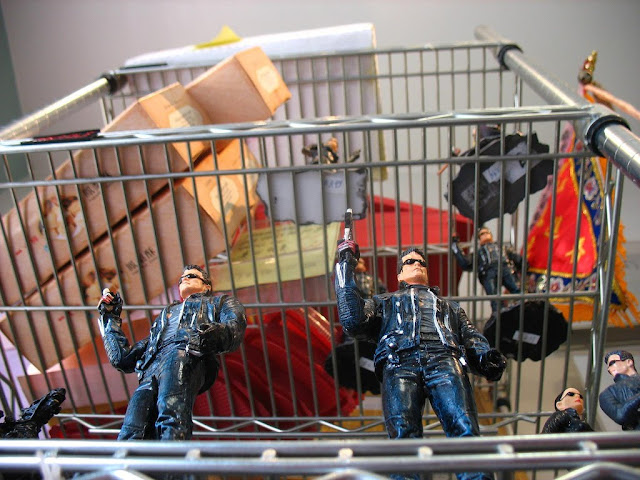 Wallace Stevens said: turn an ordinary object slightly and it becomes a metaphor of that object. So, turn that Big Wheel, that Barbie Dream House, that Action Jackson Safari Hut, that Evel Knievel bike, that Monkees lunch box — and hope for transformation, for a carrying over. When I was 10, I stole a plastic gold ring from a five-and-dime store on the boardwalk at Bethany Beach, Delaware. My family had rented a house there for a week, and the night of my petty theft I bawled to my parents in their bedroom; the next day they came with me to the store as I returned the ring. The night that I confessed, my brothers were downstairs in front of the TV watching Mark Fidrych’s national debut on ABC’s Monday Night Baseball, marveling at the pitcher’s idiosyncrasies, his weird muttering to the ball in his glove, talking to himself and to the mound like a nutty Big Bird shaman. The game made Fidrych a legend; upstairs, I was unwittingly creating my own legend. As Peggy Lee asked, is that all there is? Did the two episodes simply coincide as the world spins? Or might I yet explore something appealing between them, a confluence of cockiness and pettiness, of national glamour and private shame, of success and loss?

Should our autobiographical details radiate with Wal-Mart fluorescence or with a star’s impersonal, million-mile distance? Or somewhere in between.

(Thanks to my students for the conversation. "Terminatoy" via Flickr Creative Commons)

Cold Snap as Yearning is still a book I treasure from your Creative Nonfiction Writing class (what a profound semester that was for me and my ever-wrenching self-identity). I wonder how the luminary wisps of those dreams can be reconciled with the bones and wrinkled pores of The Guinness Book of Me--there must be meaning in both the infinite air where ghosts drift and the lawful, earthen tethers of the living. Do we fall from the thin air and remember our bliss before we hit the ground, or do we rise from the earth, looking down fancifully on our mundane lives? Maybe both? Now I'll have to read Church's book. And "woebegone" is now at the top of my list for favorite words along with "fidget," "windowsill," and John Lennon's "belonely."