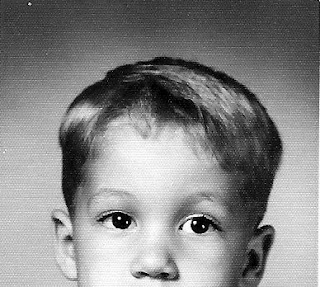 I’m digitizing my parents’ many boxes of family photos. I use the comfortable, hopeful, and ultimately deceiving present-continuous here because I’m not digitizing my parents’ many boxes of family photos. They’re stacked by my desk, warily eyeing the scanner. I announced my intentions to become the family archivist at the dinner table over Christmas in a (semi-drunken) spirit of nostalgia, responsibility, and purpose. We lugged home the first several boxes, and now I’m not so sure.
I genuinely thought that I’d dive into the digital domain when I got home, but I haven’t opened the boxes. I had hoped that the project would be, in addition to an act of preservation, an interesting immersion in photo theory.

A kind of experiment: let me intellectualize the intimacies of the family realm, try my Gaston Bachelard out on the suburban home. But my hesitation is due both to the vastness of the project (I gotta find time), and with the burden of keepsaking, of becoming a memory preserver. I’m a little scared of what I’ll find rummaging through these. I won’t appear in the pics for several boxes (I’m the fifth of six kids) but my ghost will, and my imagination will search out all of the places that my body will soon enough occupy. The littleness of my brothers’ and sister’s faces. The poignant mid-century decorating. The hallways behind my parents’ bodies disappearing into darkness.

The smell of furniture polish. Diane Arbus nails what I fear: “A photograph is a secret about a secret. The more it tells you the less you know.” Sometimes simply overhearing innocent conversations from that nostalgic (read: invented) past can be traumatic enough. The sense of loss will, of course, feel enormous and, in retrospect, will have been painfully predictable. And yet I’m not prepared for the intensity of the noise of voices and childish yelps and parental complications I’ll overhear in gazing at each photo. I can’t open the boxes yet. The cool clinical assurances of the HP Photosmart C4180 All-In-One aren’t convincing enough.
Posted by Joe Bonomo at 10:00 AM

These Are The Days said...

"Photography can only represent the present. Once photographed, the subject becomes part of the past."
I learned that in a class somewhere...